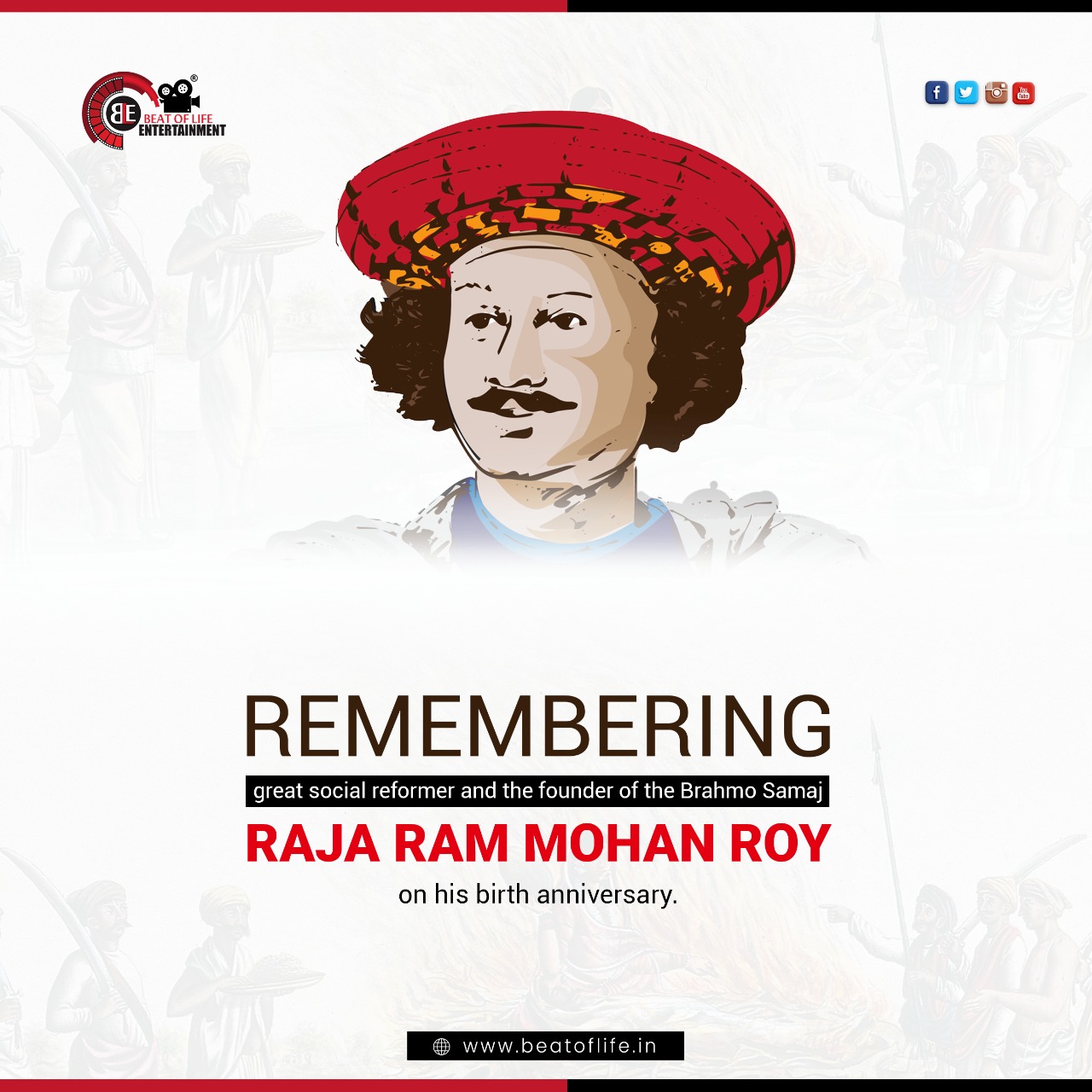 “Truth and Virtue do not necessarily belong to wealth and Power and distinctions of big mansions.”
-Raja Ram Mohan Roy

Raja Ram Mohan Roy was an Indian religious, social and educational reformer who challenged traditional Hindu Culture and showed lines of progress for Indian society under British rule. He was born on 22nd May 1772 in an orthodox Brahman family at Radhanagar in Bengal.

Raja Ram Mohan Roy believed that education could be used to help reform society. He voiced his concerns about the government’s decision to strengthen Sanskrit colleges in the Presidency Towns of Kolkata and Varanasi. He died on 27th September 1833, Bristol, Gloucestershire, England, He is also called the “Maker of Modern India” and “The Father of Modern India”.