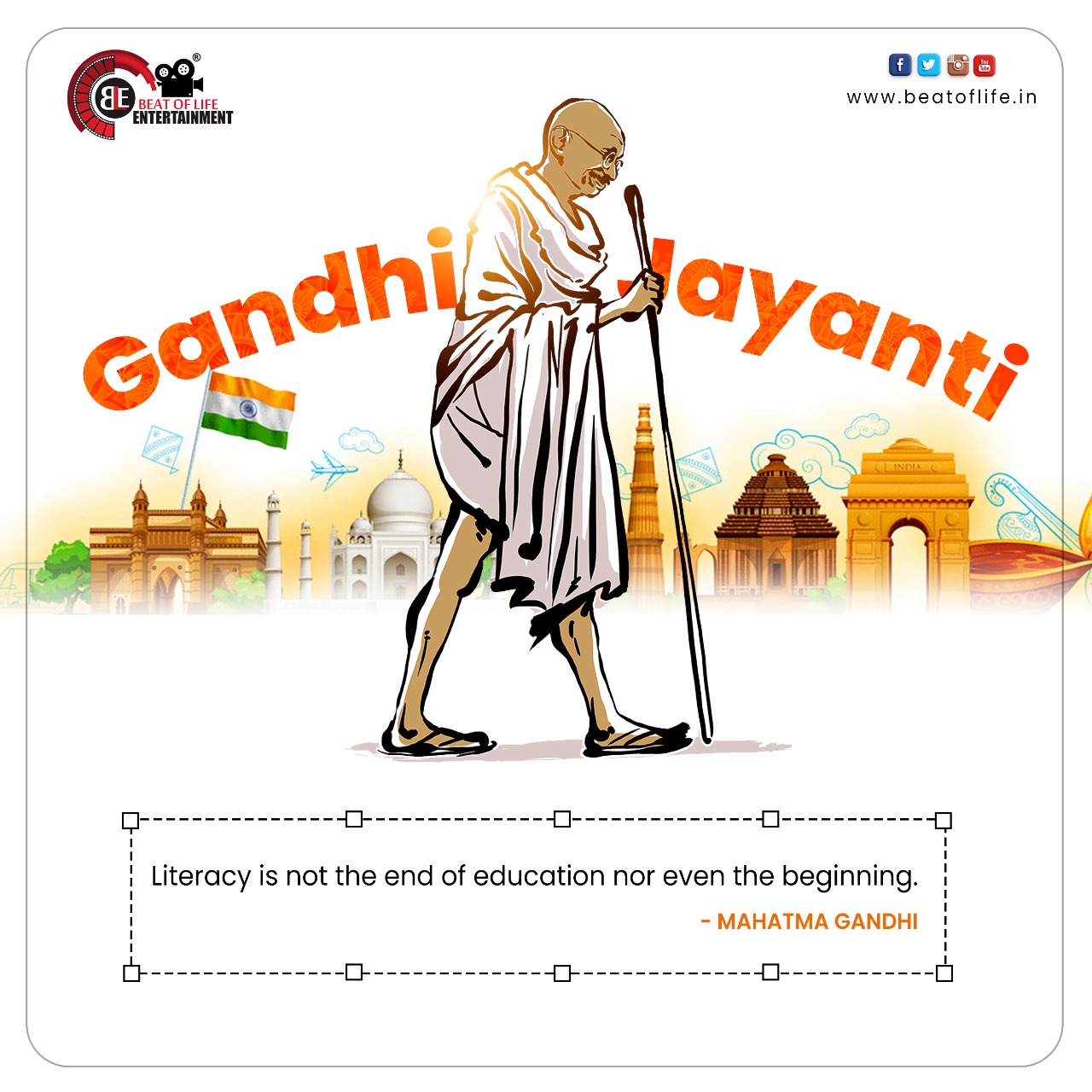 Mohandas Karamchand Gandhi, also known as Mahatma Gandhi, was born in Gujarat on October 2, 1869. He is the father of our nation, a social reformer and a freedom fighter, who  tirelessly put his efforts to free India from the British Raj by practicing ahimsa or non violence.

In honour of the sacrifices he made for the nation, we celebrate this day. He was the leader of several movements to throw the Britishers from India. One of the well-known movements was satyagrah. Other significant movements that led to our independence in 1947 included the Quit India and Swadeshi movements.

To honour his teachings, the day is passionately observed in schools, colleges, and universities throughout the nation. Several students perform in plays and nukkad nataks to raise awareness about the teachings of  non-violence and swadeshi movement.

He promoted the idea of making one’s own clothes out of woven materials rather than wearing British-made clothing because he valued independence. In addition, this empowered Indian women and liberated them. It was due to his relentless efforts along with other leaders that we can breathe freely in our country today.

Dussehra- A celebration of good over evil