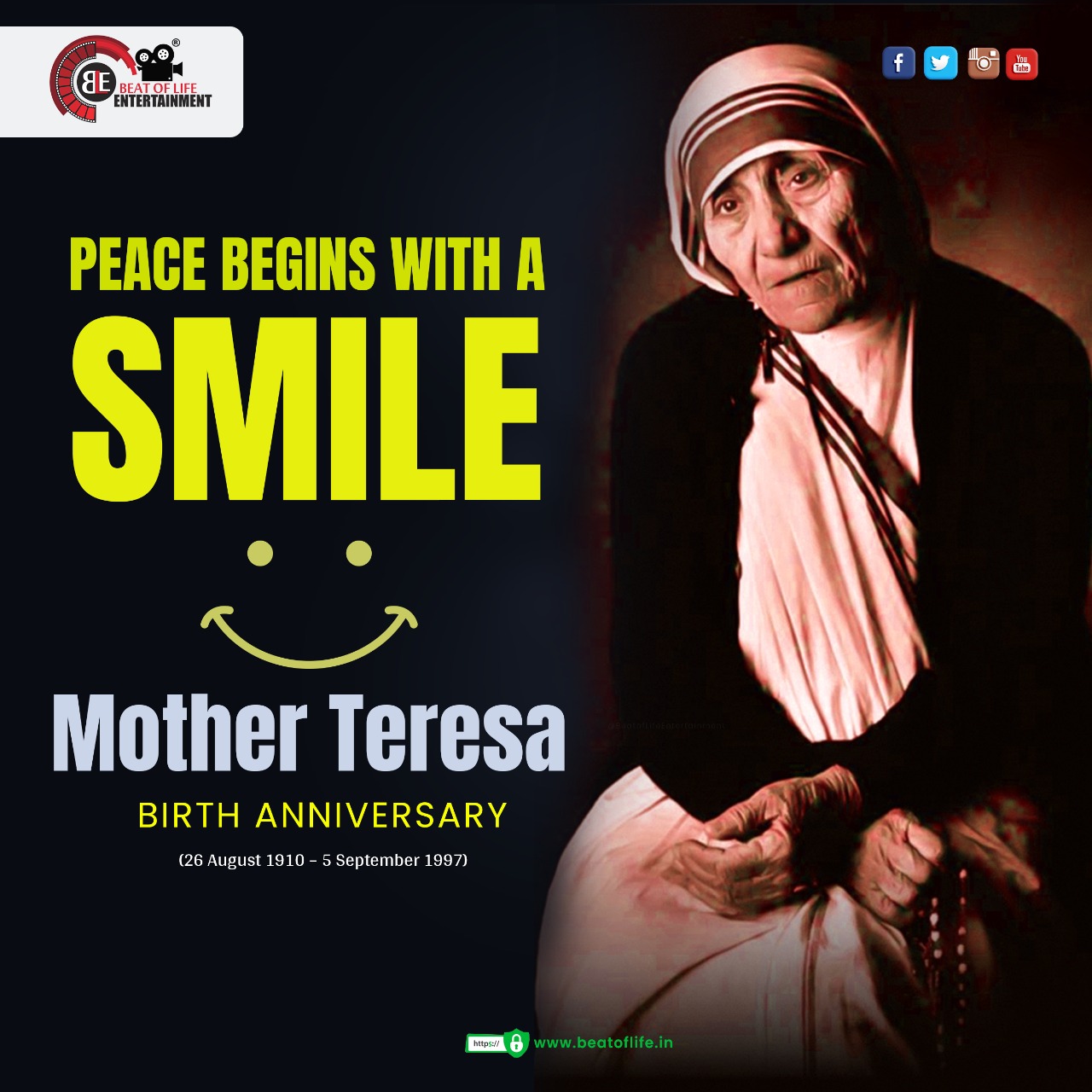 “If you judge people, you have no time to love them.”
-Mother Teresa

Mother Teresa also known as “Blessed Teresa of Calcutta.” Her original title was ‘Anjeze Gonxhe Bojaxhiu.’ She was born on August 26, 1910, in Yugoslavia (now Republic of Macedonia). In 1929, she moved to India.

She was a Roman Catholic nun who moved to a slum in Calcutta to serve God among the poorest of the poor. She dedicated her life to serve humanity.At the age of 18, she came to Calcutta. She had a deep devotion for  Jesus Christ. She adopted a simple way of life. She was always dressed in a plain white saree with a blue border. She also obtained Indian citizenship.

She established the Missionaries of Charity in 1950 to assist the poor, helpless, disabled, diseased, refugees, and needy.

She was an angel who was filled with hope who served people even on their deathbeds. She is an excellent role model for devoting her entire life to help others with dedication and selflessness.