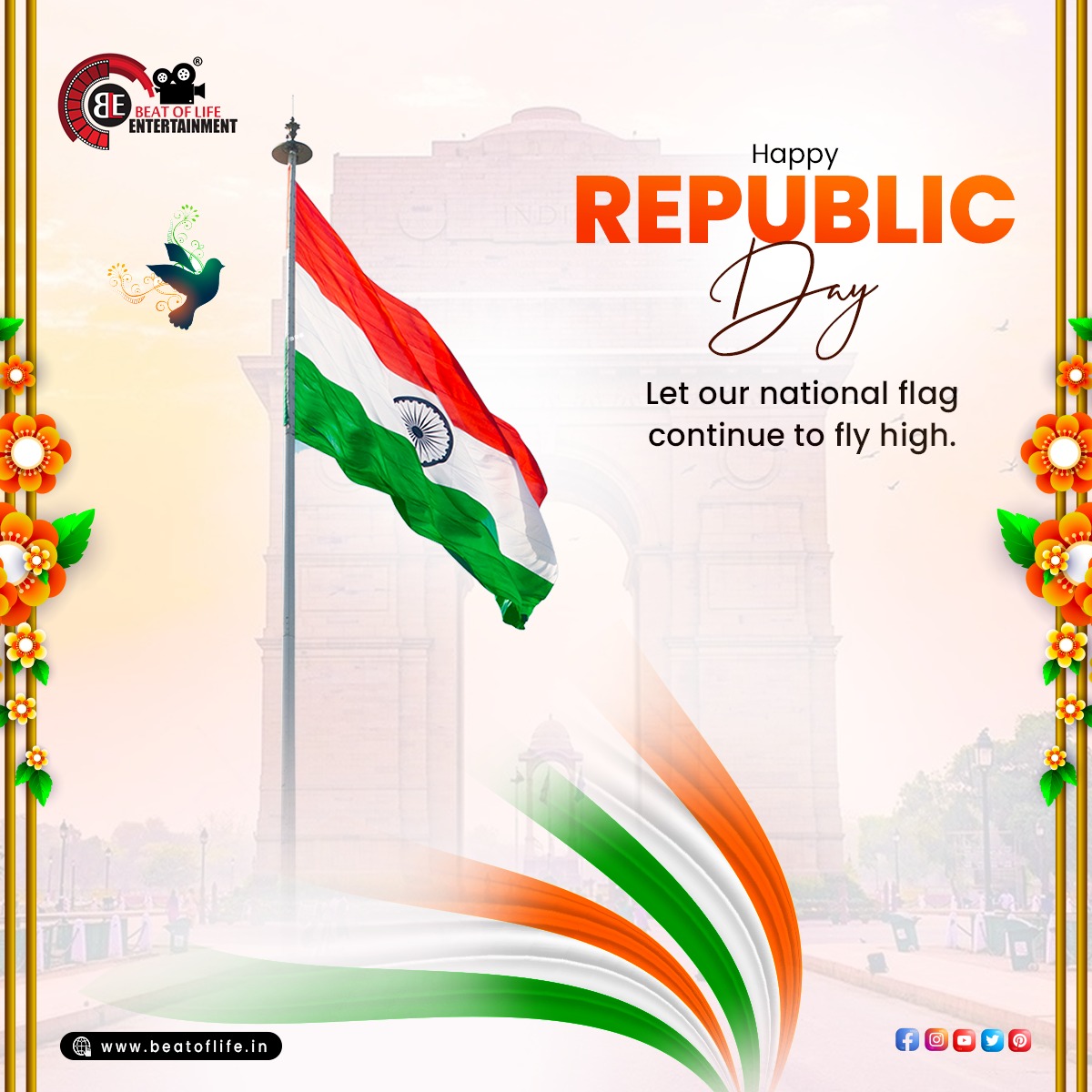 “The strength of a nation derives from the integrity of the home.”– Confucius

Republic Day is celebrated on 26th January every year to mark the day on which our constitution came into effect in 1950.

The day is celebrated with grand celebrations all over the country. The main attraction of Republic Day celebrations is the annual parade, which begins at Rajpath in Delhi and ends at India Gate. On this day, the country’s president raises the flag in Rajpath, New Delhi. The grand event also showcases India’s cultural and social heritage, with parades and air shows by the Indian Army, Indian Navy and Indian Air Force.

Additionally, the President of India distributes Padma Awards to the deserving civilians of the country to honour their contribution to the nation. Brave soldiers are also awarded Paramvir Chakra, Ashok Chakra and Vir Chakra. The day also commemorates the power of Indian citizens to democratically choose their government. The nation celebrates this day as the national holiday of the founding of the Indian constitution.