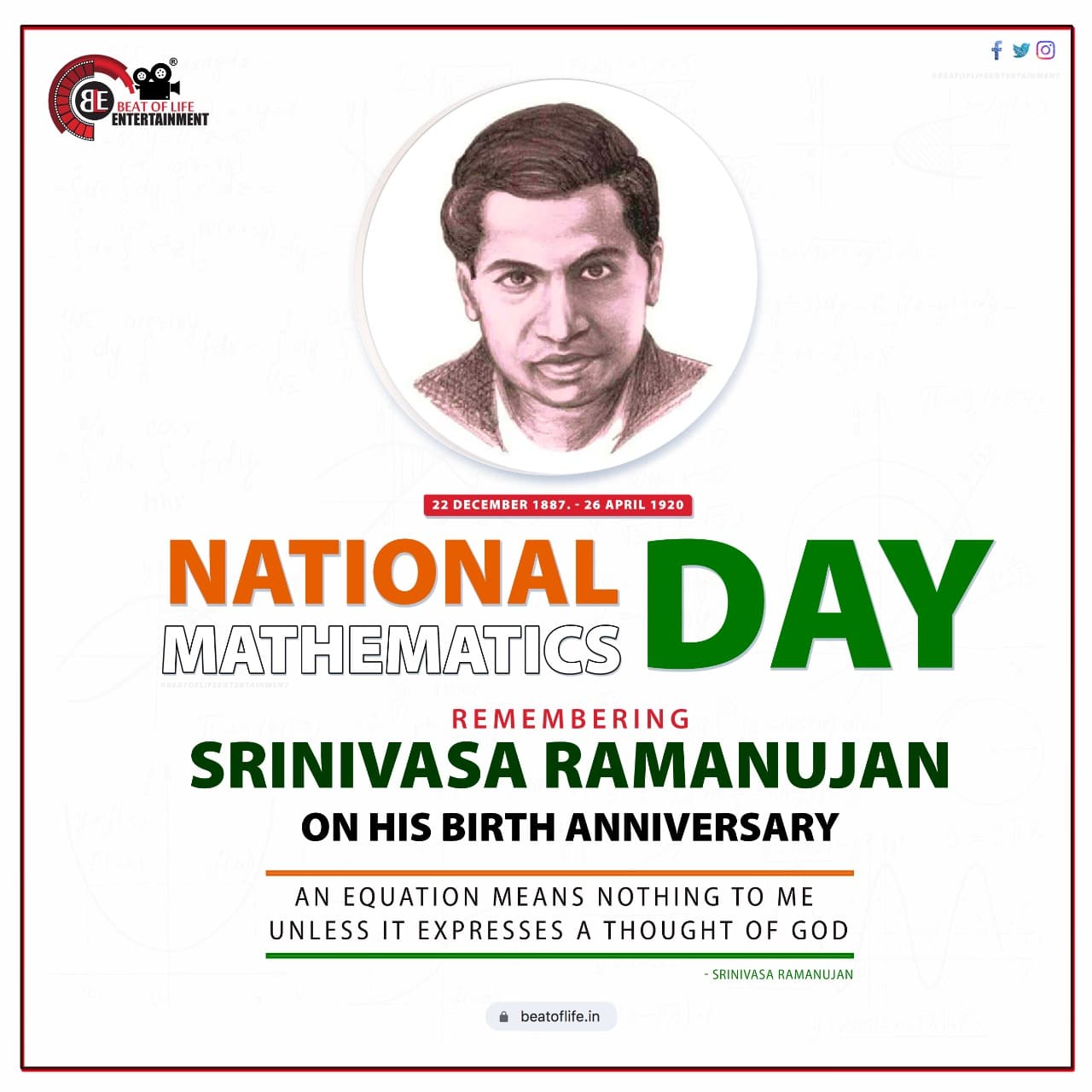 India celebrates National Mathematics Day on December 22 each year. This day is the birth anniversary of the famous mathematician Srinivasa Ramanujan. In 2012, the Prime Minister Manmohan Singh declared this day as the National Mathematical Day to honor the great man.

Srinivasa Ramanujan was born on 22 December, 1887 in Coimbatore, Tamil Nadu. His father, K Srinivasa Iyengar was an accountant and his mother Komalatammal was a house wife. At age 10, Ramanujan was the top student in his district & he started high school at the Kumbakonam Town High School. In 1900, he had begun serious self-study of mathematics, working through cubic equations and arithmetic and geometric series. He devoted more and more of his time to mathematics and neglected his other subjects.

Ramanujan was shown how to solve cubic equations in 1902 and he went on to find his own method to solve the quartic. In 1904, Ramanujan had begun to undertake deep research. He continued to develop his mathematical ideas and began to pose problems and solve problems in the Journal of the Indian Mathematical Society. In 1911, Ramanujan approached the founder of the Indian Mathematical Society for advice on a job. After this, he was appointed to his first job, a temporary post in the Accountant General’s Office in Madras. In 1916, he was graduated from Cambridge with a Bachelor of Arts by Research (the degree was called a Ph.D from 1920).

He was one of the India’s greatest mathematical geniuses. Ramanujan was plagued by health problems throughout his life. In 1920, he died at the age of 32.

Do you all know why Farmer’s Day is celebrated? Let us know some important facts related to Farmer’s Day