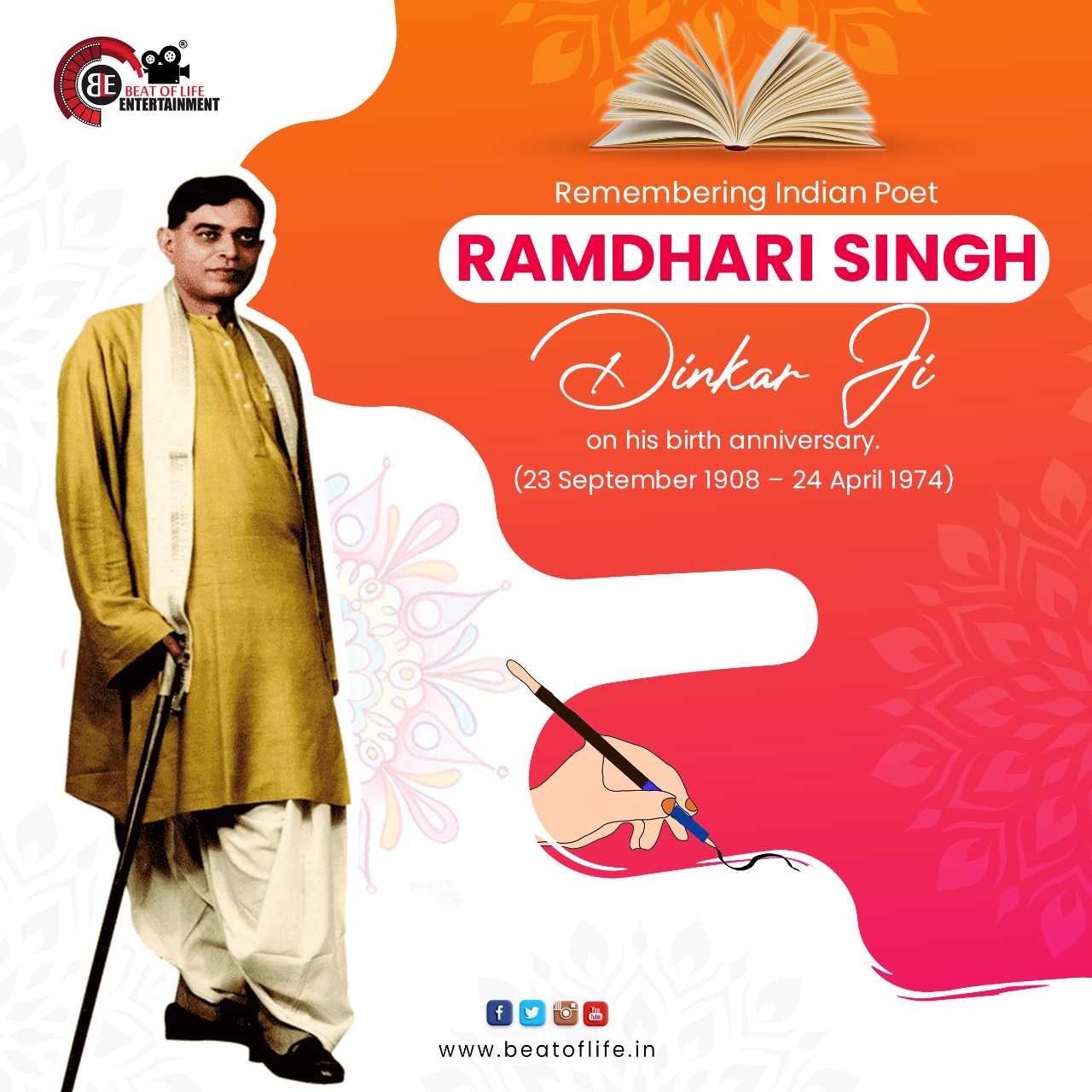 Ramdhari Singh Dinkar was an Indian Hindi poet, essayist, and academic who is widely regarded as one of the most influential modern Hindi poets. He resurfaced as a rebel poet as a result of his nationalist poetry written before Indian independence. He was born on 23rd September, 1908.

He was born in Simariya village of Munger district (now Begusarai district) in Bihar to Babu Ravi Singh and Manroop Devi. His favourite subjects as a student were history, politics, and philosophy.Later in college, he studied Hindi, Sanskrit, Maithili, Bengali, Urdu, and English literature.

He was greatly influenced by Iqbal, Rabindranath Tagore, Keats, and Milton, and he translated works by Rabindranath Tagore from Bengali to Hindi. His poetic persona was moulded by the pressures and counter-pressures of life during the Indian freedom movement.

He was also elected to the Rajya Sabha three times, serving from April 3, 1952 to January 26, 1964, and he received the Padma Bhushan in 1959. His poetry radiated veer rasa, and he was entitled as Rashtrakavi (“National poet”) for his patriotic compositions. He died on 24th April, 1974.