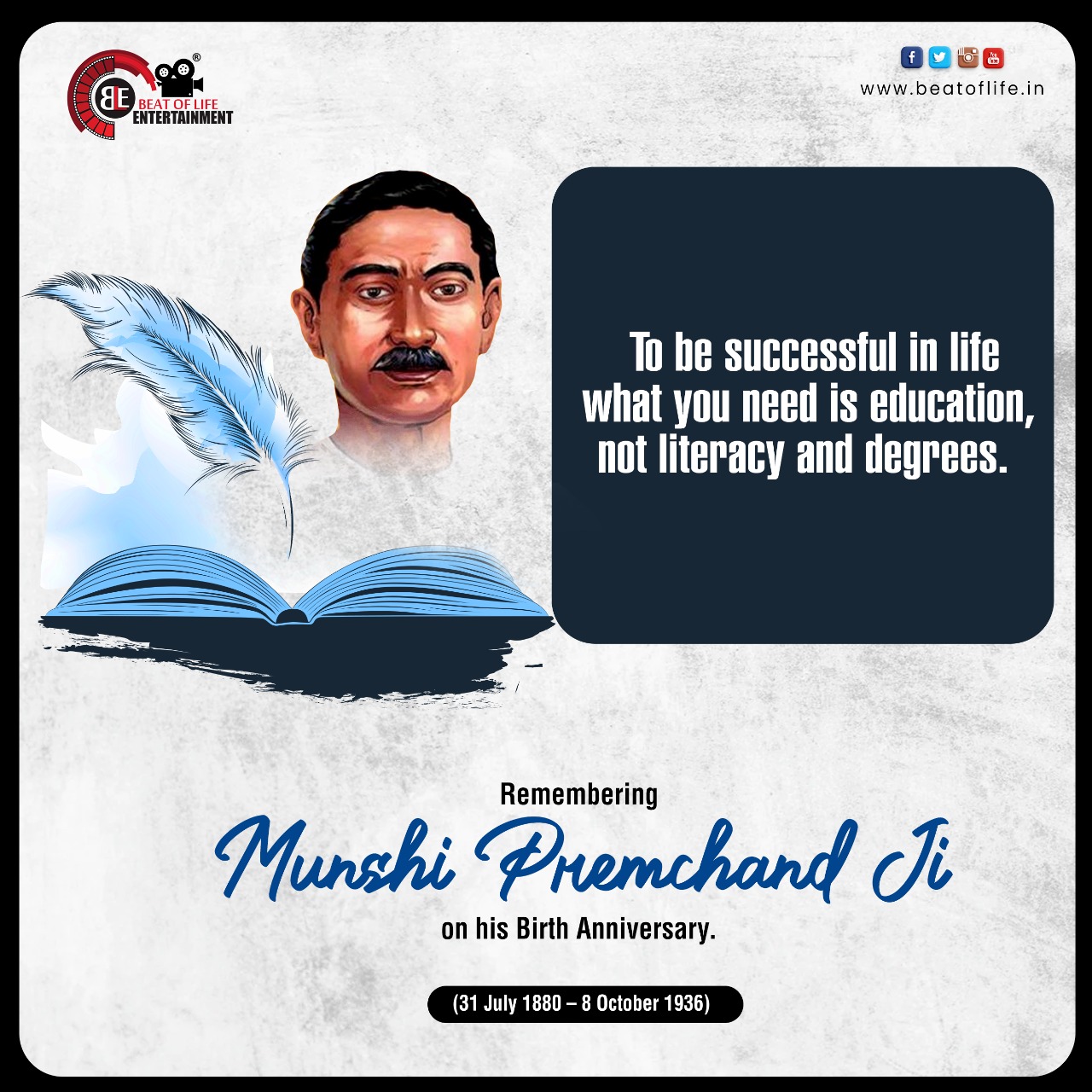 Munshi Premchand was an Indian writer who is regarded as one of the greatest Hindustani writers of the early twentieth century. He was born on 31st July 1880, in Lamhi, Varanasi. He was a novelist, short story writer, and dramatist who wrote more than a dozen novels, hundreds of short stories, and dozens of essays. He also translated a number of other languages’ literary works into Hindi. He began his literary career as a freelancer in Urdu, despite being a teacher by profession.

He was one of the most significant literary figures in modern Hindi and Urdu literature. It was through his writings that the Hindi novel matured into greatness.
He began writing in Urdu, then moved on to Hindi, and he remained a hugely influential writer in both languages. He was inspired by the traditional art of Kissa-goi (story telling).

His novels addresses realistic issues such as child marriage, the dowry system, communalism, corruption, the zamindari system, debt, poverty, and colonialism, among others. He believed that social realism is the pathway to Hindi literature.