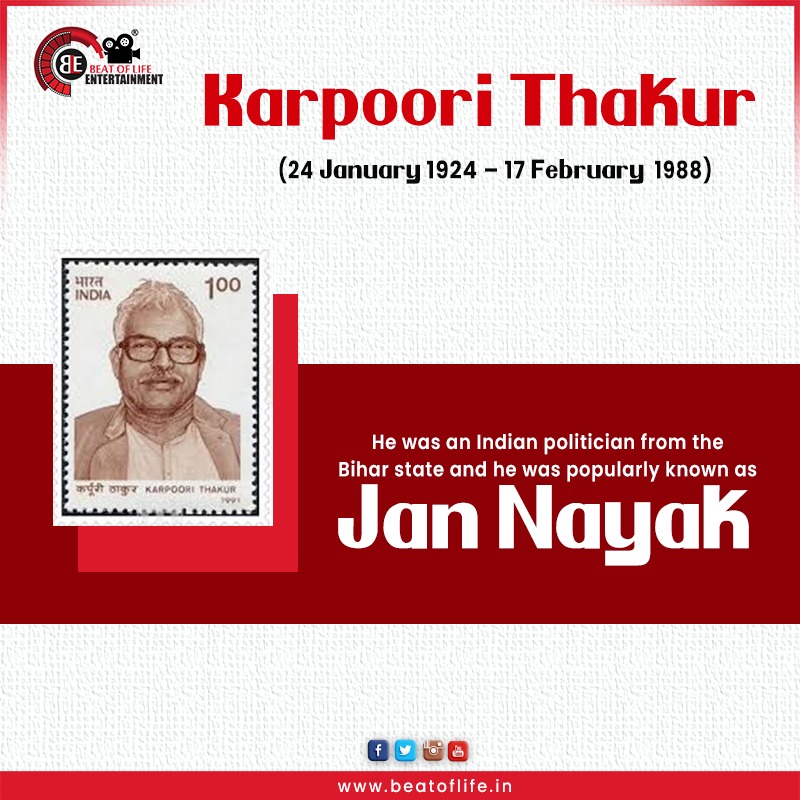 Karpoori Thakur (24 January, 1924 – 17 February 1988) was an Indian politician from the Bihar state. He was popularly known as Jan Nayak. He served as the Chief Minister of Bihar. He was influenced by nationalistic ideas as a student, and joined the All India Students Federation.

Thakur served as the President of Samyukta Socialist Party. He is known as a mentor to the prominent Bihari leaders.