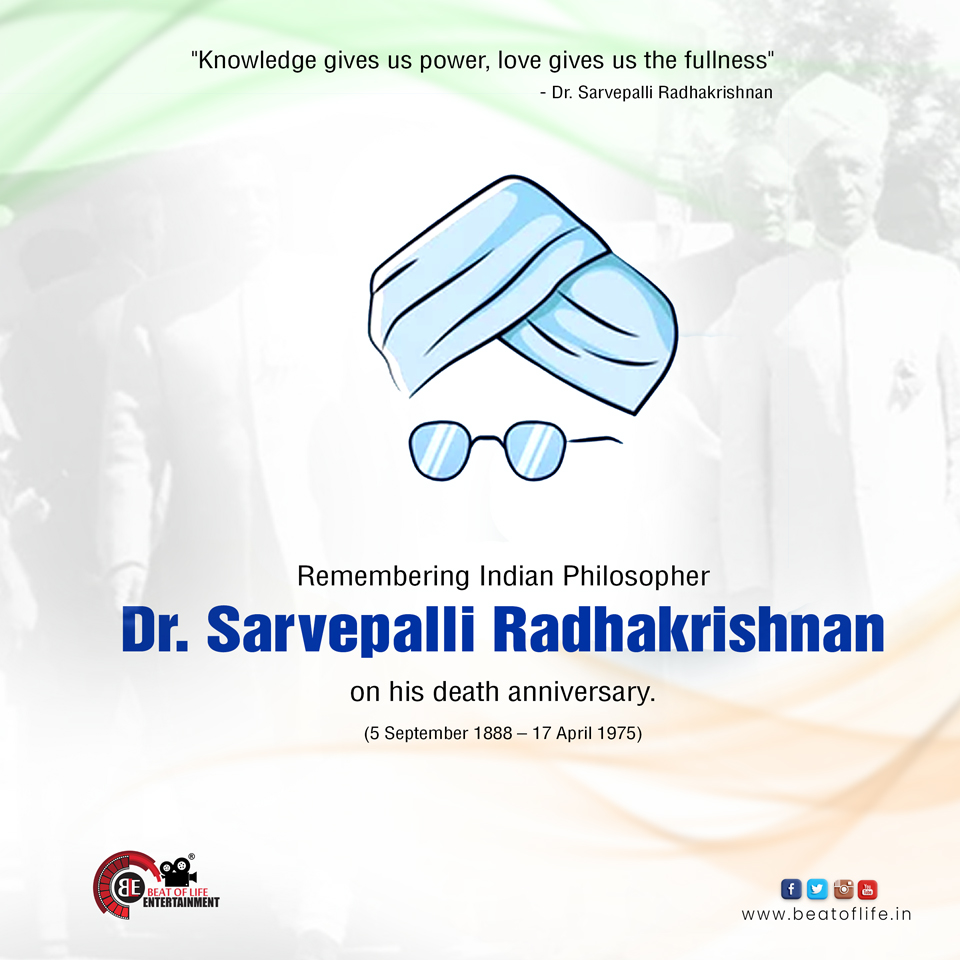 Dr. Sarvepalli Radhakrishnan was born on 5th September, 1888 in a Brahmin house in Tiruttani village of Madras (now Chennai), Tamil Nadu. His ancestors lived in a city, known as Sarvepalli, which is why they used the name of the village as their last name, as it was a custom in South India. His father’s name was Sarvepalli Veeraswamy and the mother was Sarvepalli Sita or Sitamma.

He was an Indian leader, politician, philosopher and academic. He served as India’s first Vice President and then as the country’s second President. He devoted his life and career as a writer striving to describe, defend and spread his beliefs, which he called Hinduism, Vedanta and the religion of the Spirit.