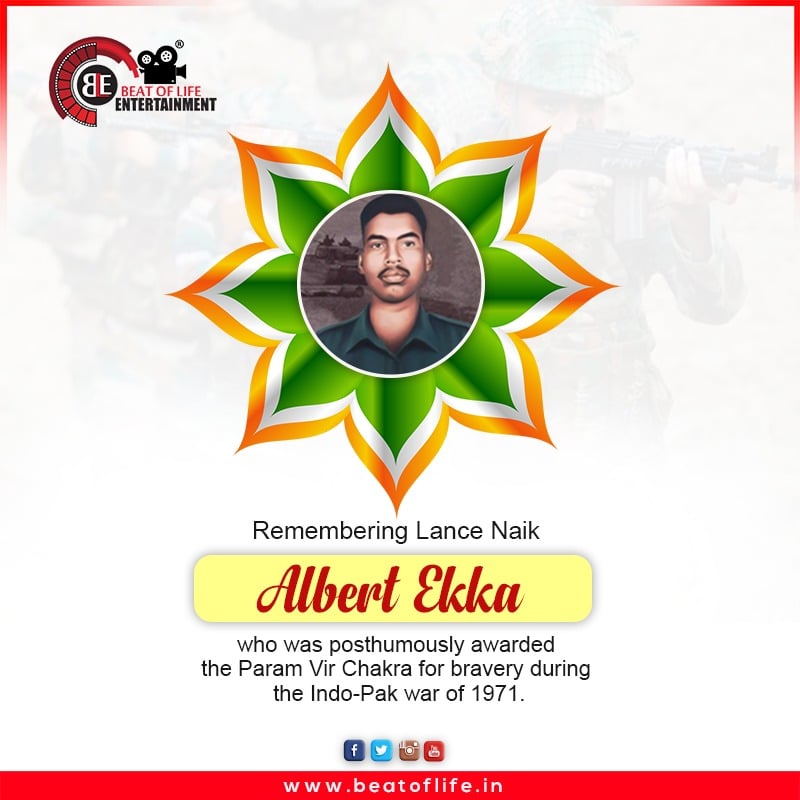 Lance Naik Albert Ekka was born on December 27, 1942, in Zari Village in Bihar’s Gumla district (now known as Jharkhand). He was the adventurous son of Sri Julius Ekka and Smt Mariam Ekka, he always wanted to join the Indian Army. His dream turned to reality when he joined the army on December 27, 1962, at the age of 20. He joined the 14th Battalion of the Brigade of the Guards, a mechanised infantry regiment known for its fearless soldiers and numerous battle exploits. He was an avid sportsman who excelled in a variety of sports, particularly hockey.

During the 1971 war, Albert Ekka and his Brigade of Guards battalion were tasked with destroying enemy defences at Gangasagar, Bangladesh. This was a heavily fortified enemy position, and the Indian side anticipated heavy casualties.

Albert Ekka and his company faced heavy shelling while moving forward during the assault. Ekka noticed an LMG (Light Machine Gun) inflicting significant casualties and charged into the enemy bunker, stabbing two soldiers with his bayonet before taking down the LMG.

Despite his injuries, Ekka continued on the offensive and became engrossed in another hand-to-hand battle. This time, he attempted to take out an MMG (Medium Machine Gun) by launching a grenade attack into the enemy bunker. Despite the fact that the grenade killed a soldier, MMG continued to fire. Albert Ekka brutally killed the soldier firing the MMG in his final moments, saving the lives of several Indians.

On the occasion of India’s 50th Republic Day in 2000, the government of India issued a postal stamp honouring this Jharkhand son.