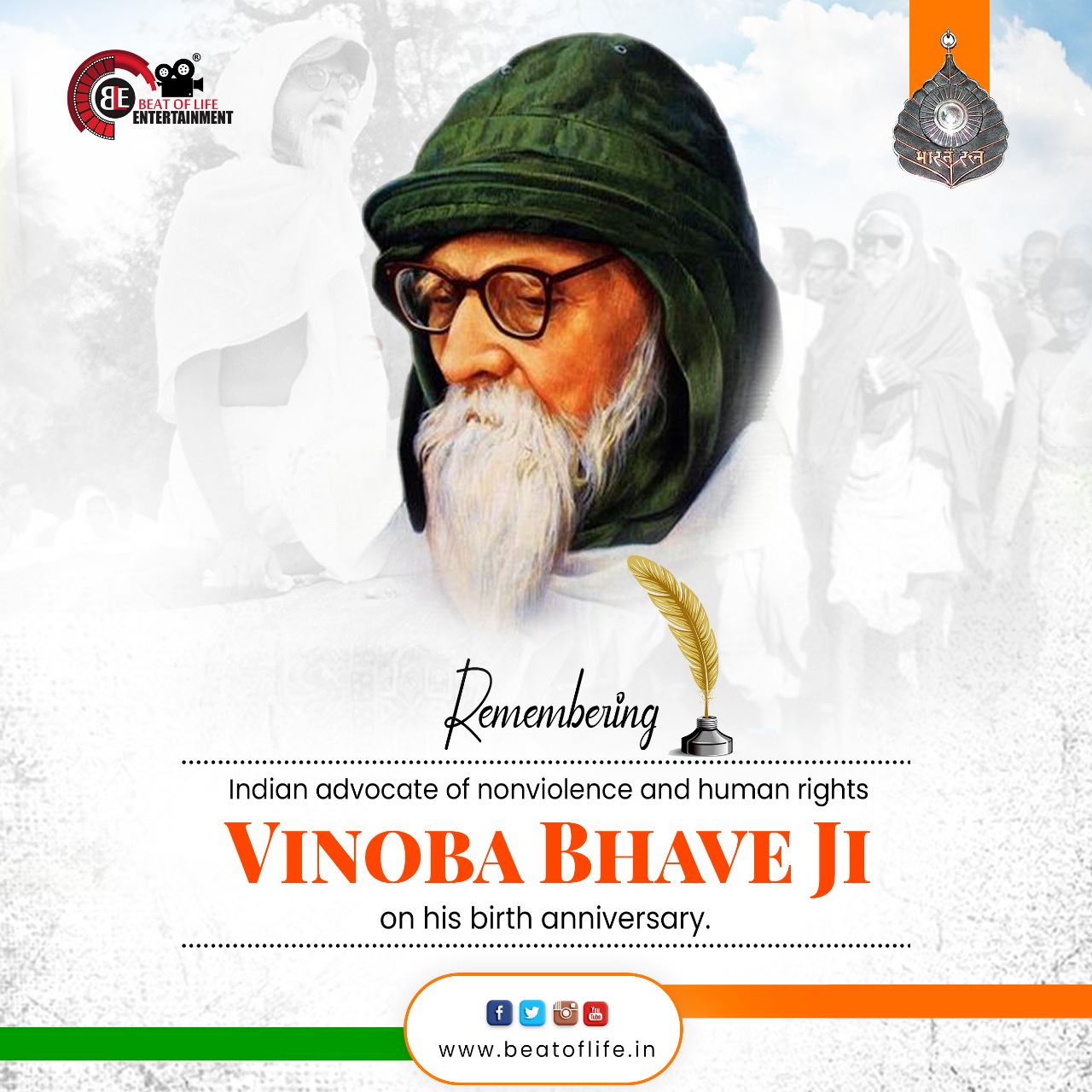 Vinayak Narahari Bhave was born on September 11, 1895, in a small village called Gagoji (present-day Gagode Budruk) in Kolaba, Maharashtra’s Konkan region. He was his parents’ eldest son. His father’s name was Narahari Shambhu Rao. His mother;s name was Rukmini Devi.

He was primarily interested in philosophy. He joined the Sabarmati ashram and became one of Mahatma Gandhi’s closest associates and his spiritual successor. He was often referred to as Acharya, a Sanskrit word that means teacher. He is well-known for his teaching abilities and is frequently regarded as India’s National Teacher. He also translated Gita into Marathi.

He was the first receiver of the international Ramon Magsaysay Award for Community Leadership. He also received the Bharat Ratna. He will forever be remembered for his contributions towards the country and in the field of spirituality.