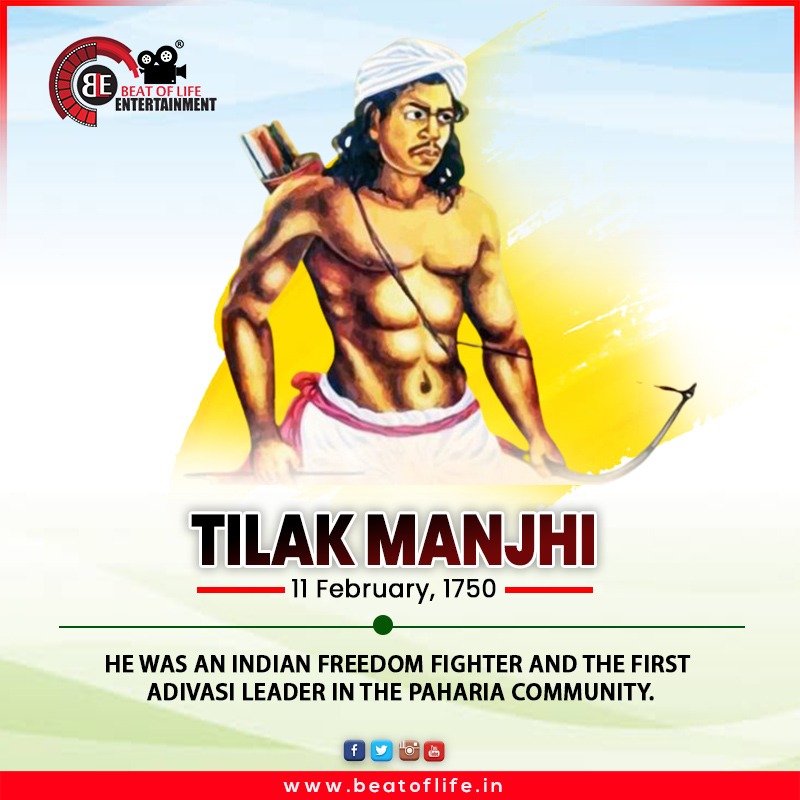 Tilka Manjhi was born on February 11, 1750 in Sultanganj, Bihar. He organized the Adivasis to form an armed group to fight against the resource grabbing and exploitation of British. He was born in a small village called Tilakpur and belonged to the Santal family. His father’s name was Sundara Murmu. Since childhood, Tilka has lived in the shadows of forest civilizations and hunted wildlife. playing with wild animals, walking around wild forests and rivers, it was his daily life.The wildlife made him fearless and brave.

In 1785 Tilka was killed by hanging him in a banyan tree. Tilka was the first person to fight the British to free India from slavery, which broke out again in 1857 after 90 years of fighting for independence. Tilka will always be remembered as the son of mother India.