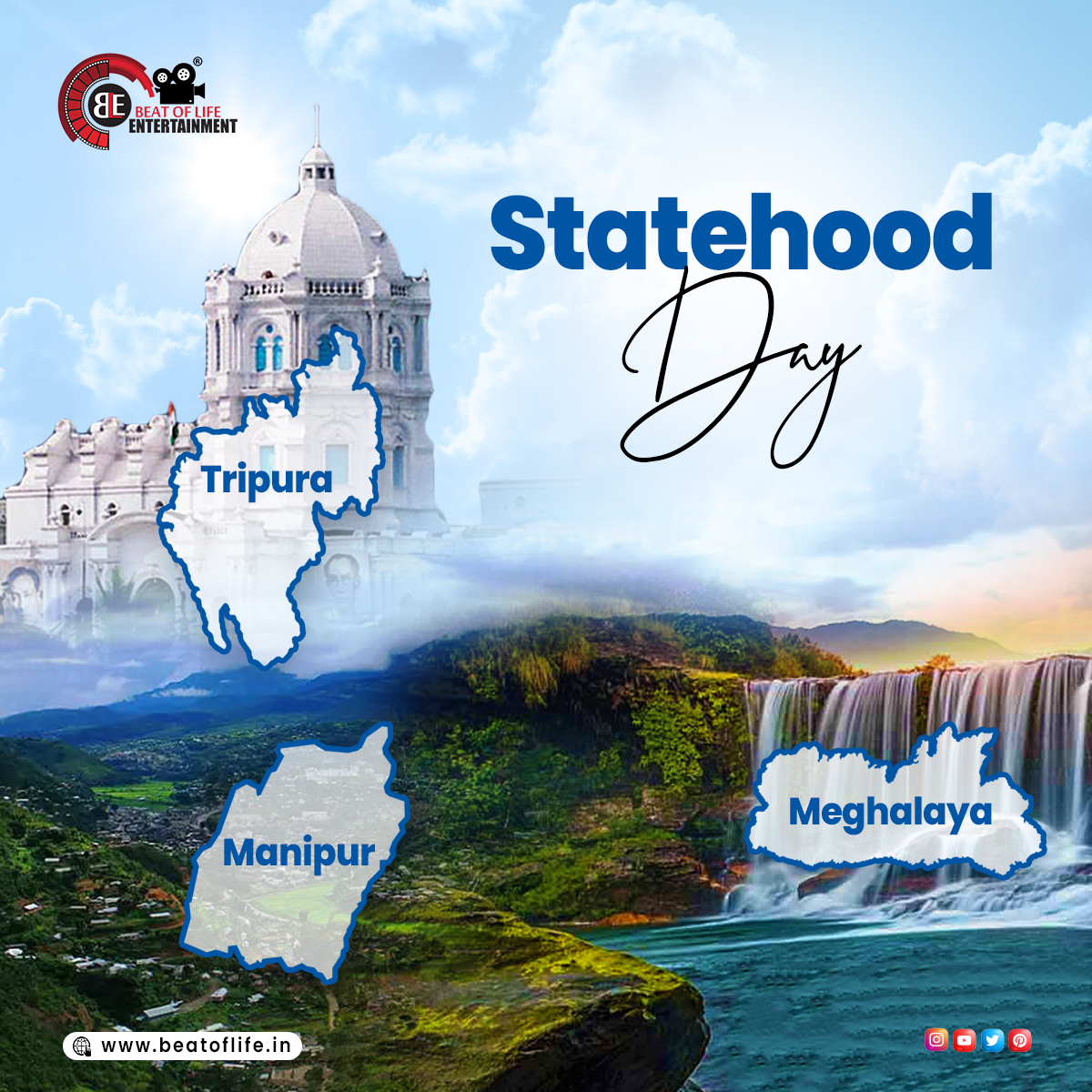 On January 21st, the Northeastern States of Manipur, Meghalaya, and Tripura celebrate their statehood day. These states became full fledged states in 1972.

Manipur is one of India’s most beautiful states, with its rolling hills and crystal-clear rivers. It is also well known for its natural shade, which is a refreshing contrast to the often intense tropical sun. The state is home to some of India’s most creative people, and its culture is rich and varied. Over 70% of the population depends on agriculture, which is a mainstay of the economy.

Meghalaya is a state located in northeastern India. It was formed in 1972 by splitting off two districts from the state of Assam – the United Khasi Hills and Jaintia Hills, and the Garo Hills. The state covers an area of about 2,700 square kilometers (1,080 square miles).

Tripura is the third smallest state in India, and the Hindu population here is around 84%. It has its own unique tribal culture and interesting folklore, which is often different from that of other parts of India.