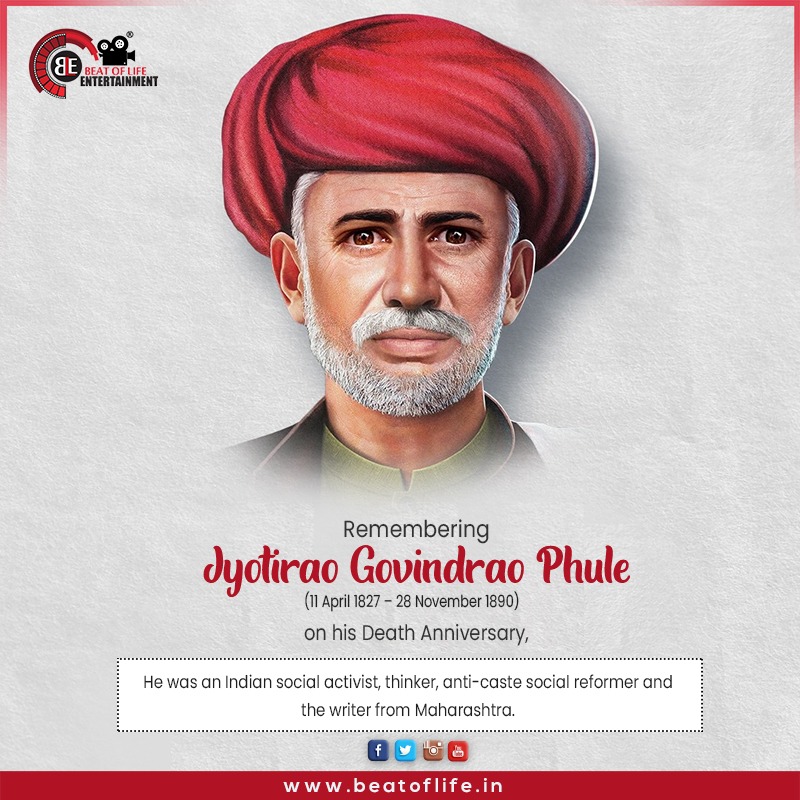 Mahatama Jyotiba phule was born in Pune 11th April, 1827 and belonged to the Mali caste of gardeners and vegetable farmers. His Mother’s name was Chimnabai & Father’s name was Govindrao. Jyotirao Phule was an Indian social activist, thinker, anti-caste social reformer, the writer from Maharashtra & also he was a businessman. Established in 1863, was to supply metal-casting equipment. Mahatama Jyotiba Phule (Jyotirao Govindrao Phule) considered to be the leading social worker of the 19th century. He fought continuously to remove the many evils spread in the Indian society. He has done remarkable work in the field of eradication of untouchability, caste system, educating women and lower caste people. His mother passed away when he was one year old. At the age of 7, he was go to study in the village school. He completed his education in Scottish Missionary High School (Pune). His Ideology was based on: Liberty; Egalitarianism; Socialism. Jyotiba Phule was influenced by Thomas Paine’s book titled “The Rights of Man” and believed that the only solution to combat the social evils was the enlightenment of women and members of the lower castes. He was appointed commissioner to the Poona municipality and served in the position until 1883. He was bestowed with the title of Mahatma on 11th May, 1888 by a Maharashtrian social activist Vithalrao Krishnaji Vandekar. He was paralyzed in 1988 and then died in Pune on 28 November 1890. His memorial is built in Phule Wada, Pune, Maharashtra.

A Tribute to the great scientist, biologist, physicist, botanist and an early writer of science fiction Jagadish Chandra Bose Ji on his Birth Anniversary.