We shall overcome and success will be ours in the future.The future belongs to us. – Savitribai Phule 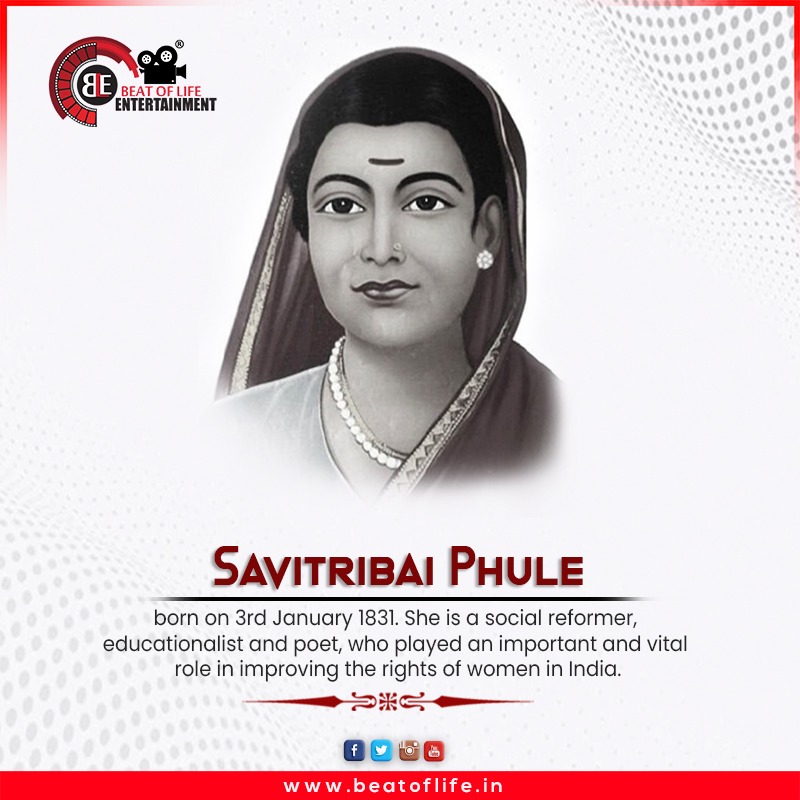 “We shall overcome and success will be ours in the future.The future belongs to us.”
– Savitribai Phule

Savitribai Phule was born on 3rd January 1831, Naigaon Village, Satara District, Maharashtra. She is the first female teacher in India; she is also known as the icon of revolutionary feminism. She was born in a peasant family. Her father Khandoji Neveshe Patil is a farmer.

She relentlessly fought the dominant caste system and strove to uplift the marginalized. She demanded dignity from all women, for which she worked with her husband, Jotilao Puree, for the rest of her life. The principles of humanity, equality, freedom and justice were of paramount importance to her. At a time when women were just things, she ignited sparks that led to equality in education. This was previously impossible.

The educationist and social activist also raised her voice against caste and gender discrimination. Kavya Phule (1934) and Bavan Kashi Subodh Ratnakar (1982) are compilation books of her poems.She died 10 March 1897.