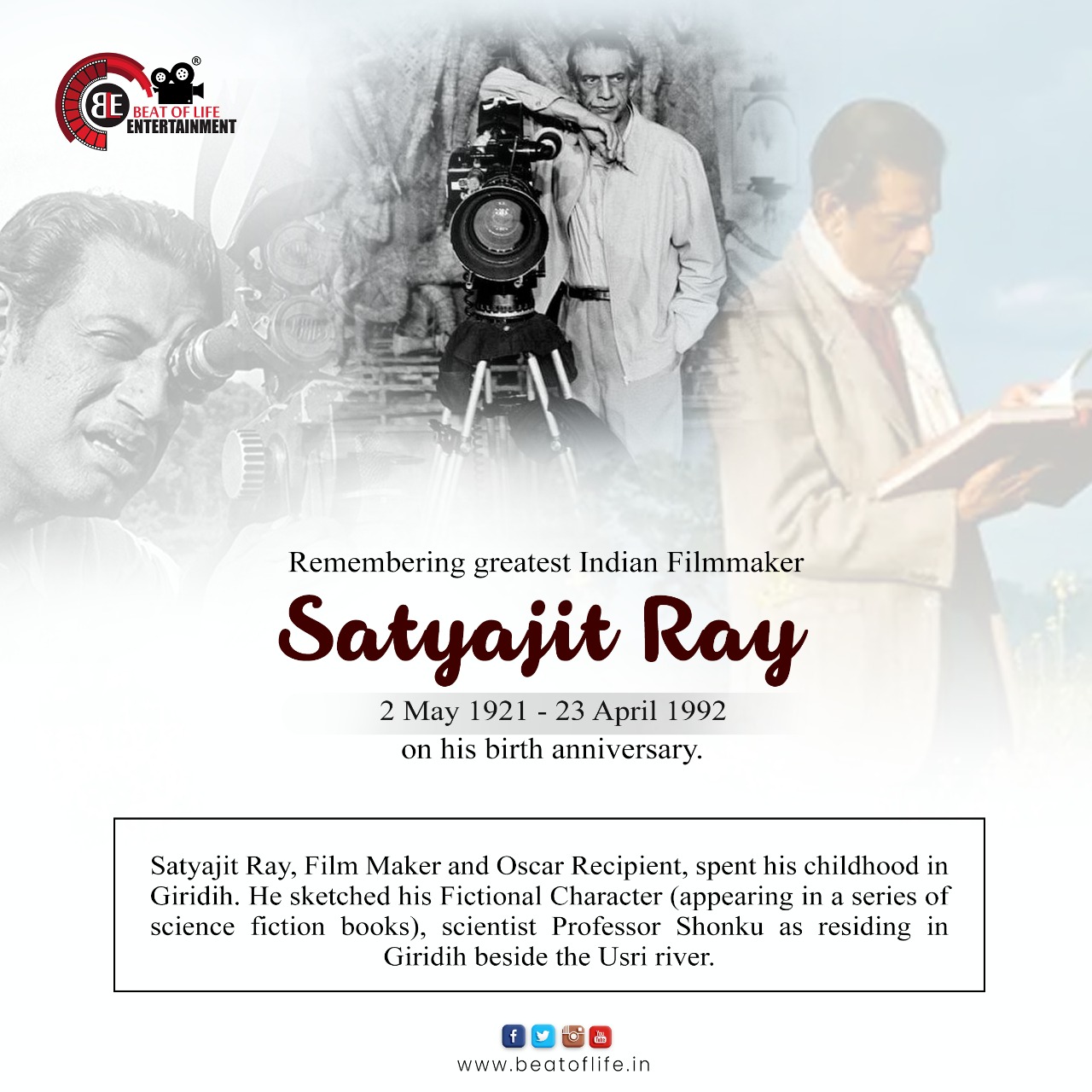 Satyajit Ray was born on May 2, 1921. He was an Indian Filmmaker, writer, illustrator, lyricist, calligrapher & music composer. His father Sukumar Ray was a notable poet and writer in the history of Bengali literature. He started his career as a commercial artist.

He directed 36 films, including feature films, documentaries, and shorts. He was also an author, publisher, graphic designer, and a film critic.

He wrote short stories and novels specifically for children and adolescents. Feluda, the sleuth, and Professor Shonku, the scientist, are two popular fictional characters created by him.

He spent his childhood in Giridih. He drew his fictional character scientist Processor Shonku while he was living in Giridih near the Usri river.

He was awarded an honorary degree by Oxford University for his work in the field of literature.He received a number of awards and honours, including India’s highest award in cinema, the Dadasaheb Phalke Award (1984), and India’s highest civilian award, the Bharat Ratna (1992). He was also awarded the Commander of the National Order of the Legion of Honour, and the highest French decoration (1987).

He passed away on April 23, 1992, and the great era came to an end, leading to a void in the film-making industry.

Foundation Day of Gujarat and Maharashtra