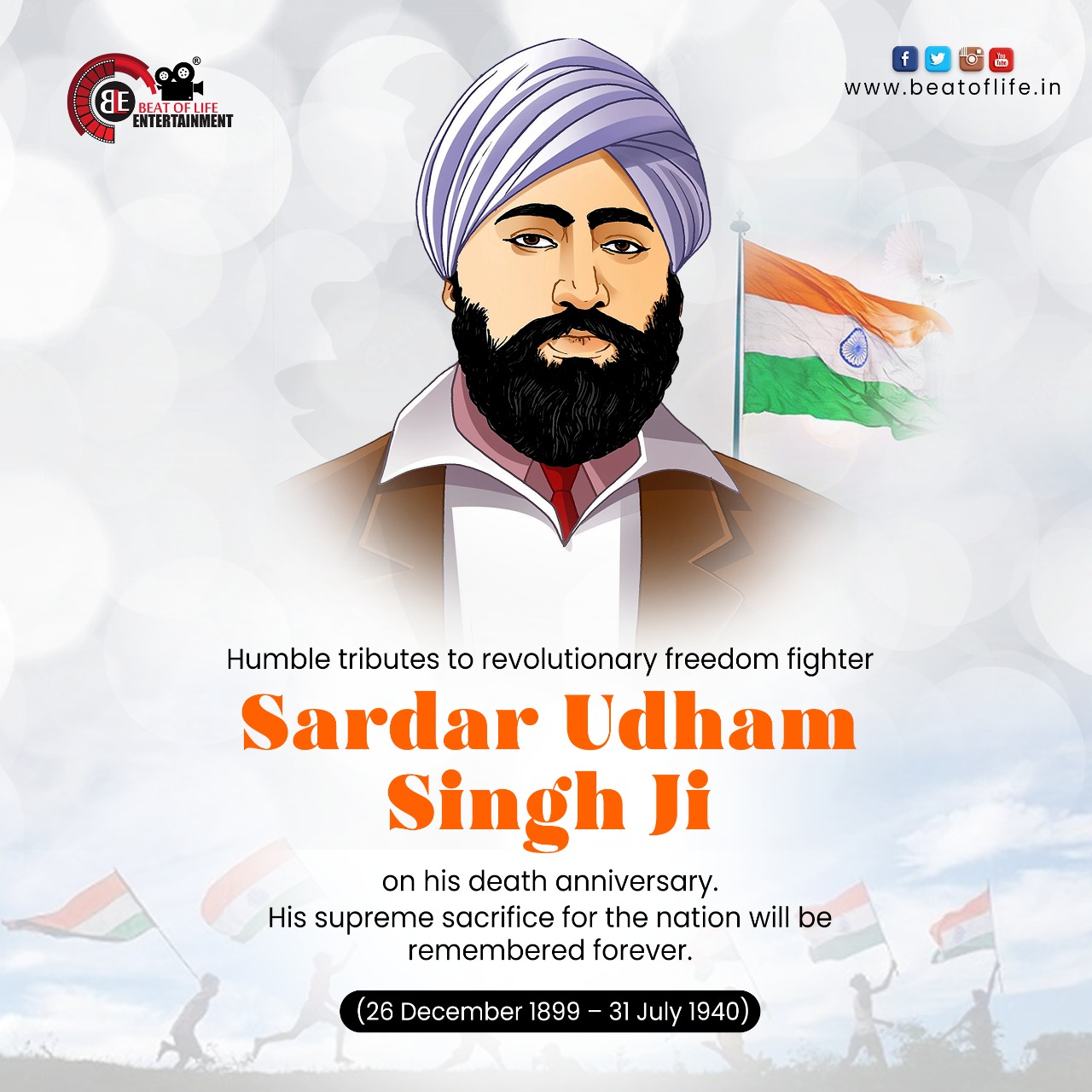 Sardar Udham Singh, born on 26 December 1899 in Punjab, was a freedom fighter and the Punjab revolutionary who played an important role in the freedom of our country.

He will always be remembered as a freedom fighter who helped overthrow the British regime. He is also known as ‘Shaheed E Azam Sardar Udham Singh.’ Sardar Tehal Singh Jammu, Udham Singh’s father, worked as a railway crossing watchman in the village of Upali. Following his father’s death, he was taken in by the Central Khalsa orphanage Putlighar in Amritsar. There he was taught about Sikh initiatory rights and given the name ‘Udham Singh.’

Udham Singh, a member of the orphanage, was serving water to the crowd at Jallianwala Bagh. When General Dyer ordered the troops to leave, he opened fire on the civilians without warning. As a result, a large number of men, women, and children were killed, and many more were injured. He was disturbed by this incident and thus resolved for vengeance.

The revolutionary ideas and Bhagat Singh had a big influence on him. In 1924, he joined the Ghadar party. He was imprisoned for illegally possessing weapons, and his Ghadar party membership was also seized.

As part of retaliation, he decided to kidnap general dyer on 13th March 1940. When he tried to kill General O’ Dwyer who had arrived at a joint meeting at Caxton Hall, London; he was arrested. In July 1940, he was hanged till death for assassination and killing of general Dyer.