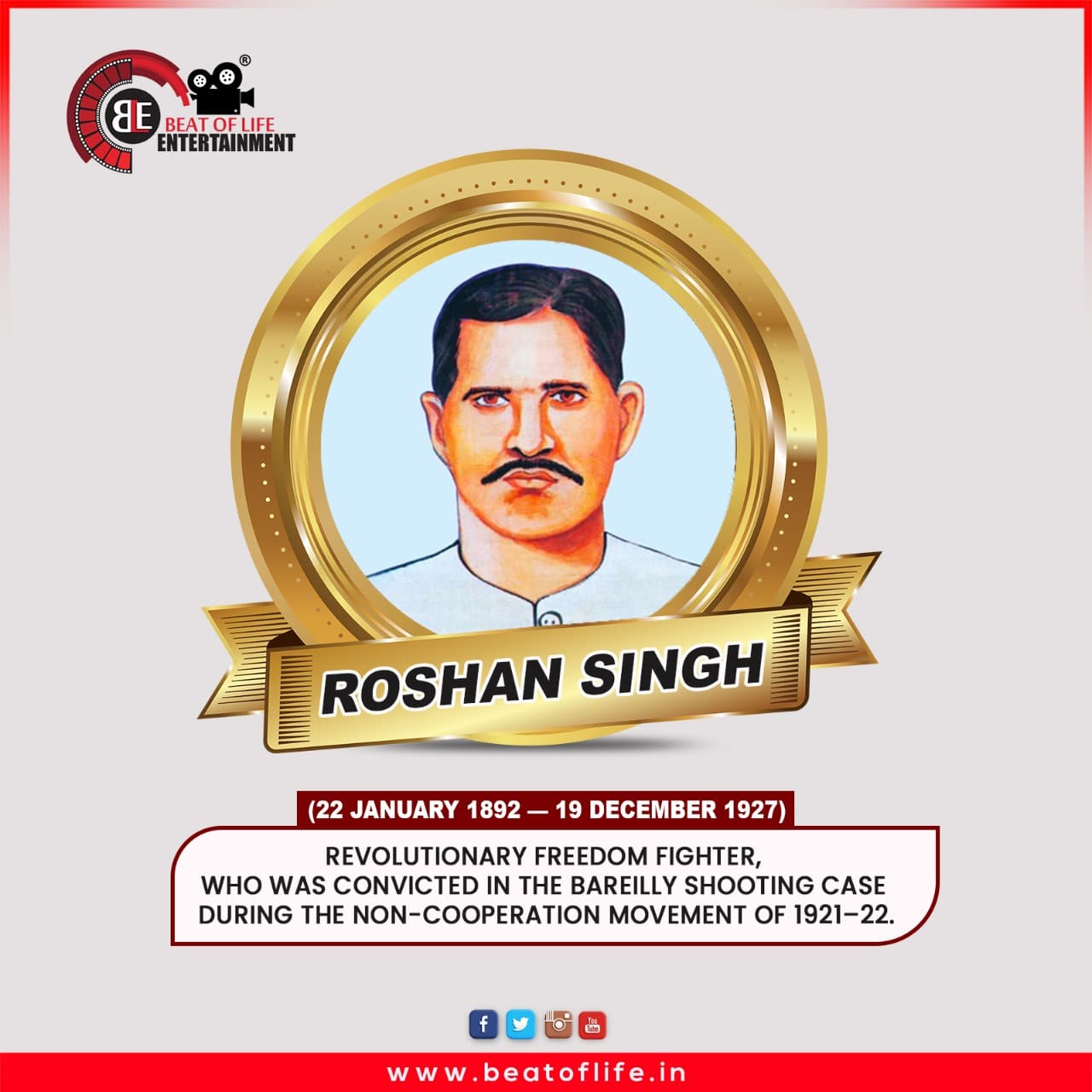 Thakur Roshan Singh was born on January 22, 1892, in the village of Nabada, a well-known district of Uttar Pradesh, located in Shahjahanpur. His mother’s name was Kaushalela Devi and the father’s name was Thakur Jangi Singh.

He was an Indian revolutionary who was convicted in the Bareilly shooting case during the Non-Cooperation Movement. After his release from Bareilly Central Prison, he joined the Hindustan Republican Society in 1924. While he was not involved in the Kakuri murder case, he was arrested and the British government sentenced him to death.

Roshan Singh was influenced by the Non-Cooperation Movement that took place around 1929. They came in contact with the country and bowed down and finally came to Ramprasad Bismil and became a revolutionary passenger. It was the influence of his British opponents and the Hindu tradition of devotion to God that he was staying with Bismil and enthusiastically participating in dangerous acts and was arrested on September 26, 1925, for the same accusation.