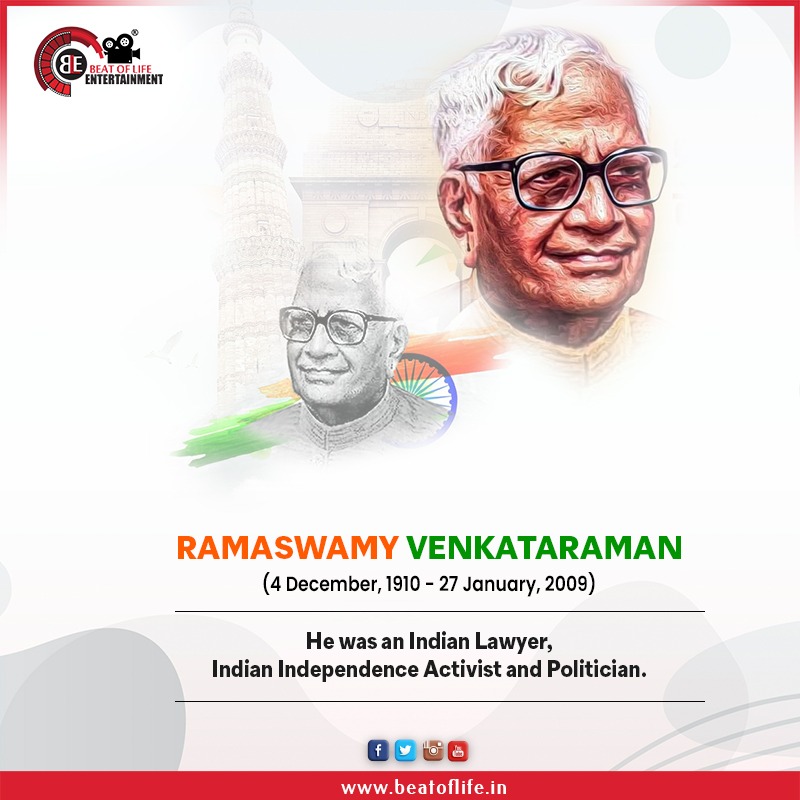 Ramaswamy Venkataraman was born on 4 December 1910 in Rajamadam village in Tanjore District in Tamil Nadu State. He was Indian Politician, Government Official, and Lawyer who was President of India from 1987 to 1992.

Ramaswamy Venkataraman took an active part in the Indian freedom movement. His participation in the Quit India movement of 1942 led to his two year imprisonment.

In 2009, at the age of 98, Venkataraman passed away due to multiple organ failure at the Army Research and Referral Hospital, where he was brought 15 days before with complaints of Urosepsis. He is survived by his wife Janaki Venkataraman whom he married in 1938, and three daughters.

In memory of Lala Lajpat Rai – The Lion of Punjab