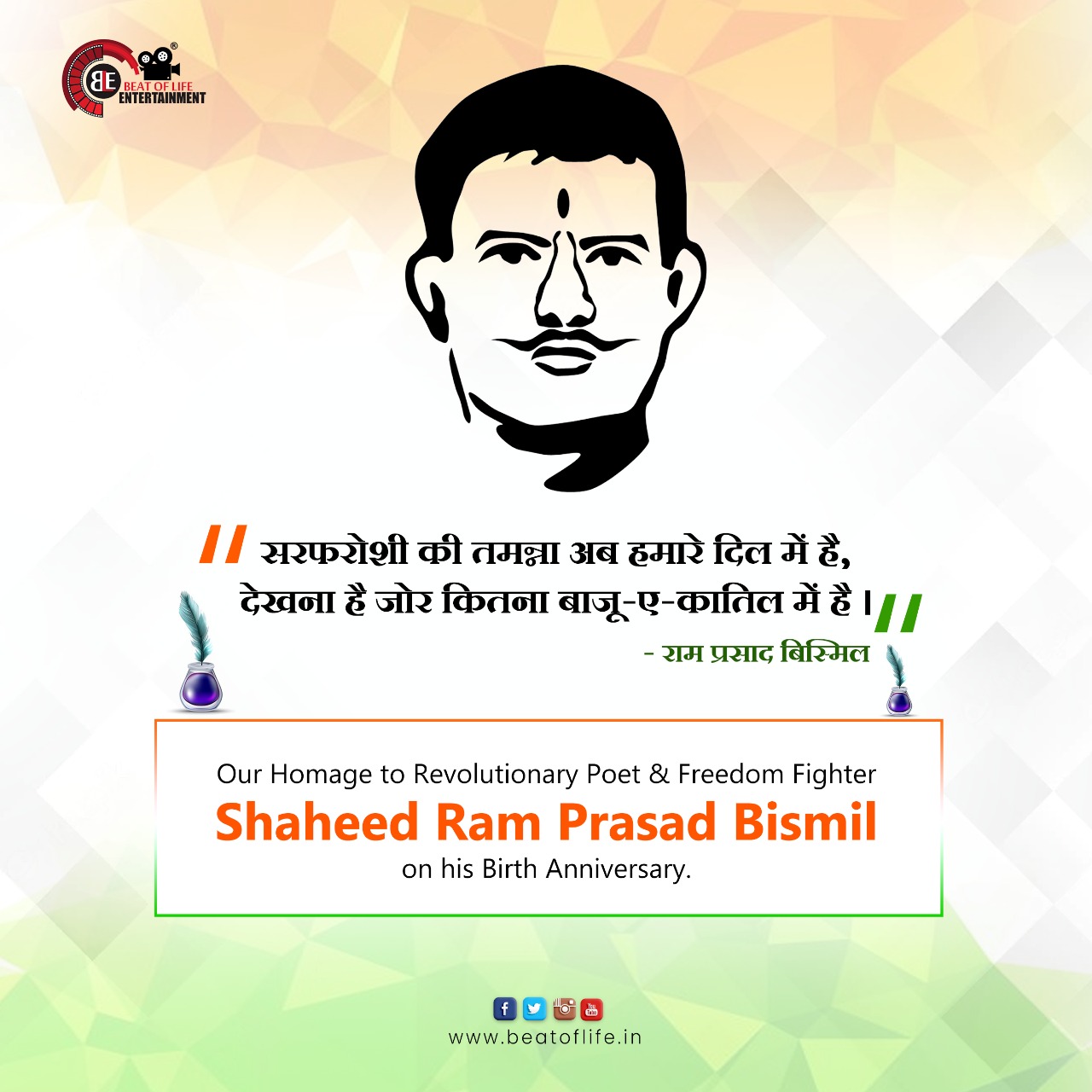 Ram Prasad Bismil was born on June 11, 1897, in an unnamed village in the Shahjahanpur district of Uttar Pradesh to Murlidhar and Moolmati. He was associated with the Arya Samaj from an early age. He was fluent in Hindi and Urdu and wrote under the pen names Ram, Bismil, and Agyat.

He was one of the most notable Indian revolutionaries who fought British colonialism and allowed the nation to breathe the air of freedom after centuries of fighting against the imperial troops. With his participation in the Mainpuri conspiracy of 1918, he established himself as a prominent freedom fighter.

Following disagreements and growing resentment with the Congress party, he founded the Hindustan Republic Association, which had leaders like Bhagat Singh and Chandrashekhar Azad.

On August 9, 1925, Ram Prasad Bismil, along with Ashfaqulla Khan, Sachindra Bakshi and Rajendra Lahiri, carried out the plan to loot the train at Kakori, near Lucknow. Following their conviction in the so-called Kakori conspiracy trial, these four revolutionaries were sentenced to death by hanging.

On December 19, 1927, the 30-year-old Bismil was hanged in the Gorakhpur jail and cremated on the banks of the Rapti river with the words “Jai Hind” on his lips. The location was later known as Raj Ghat.