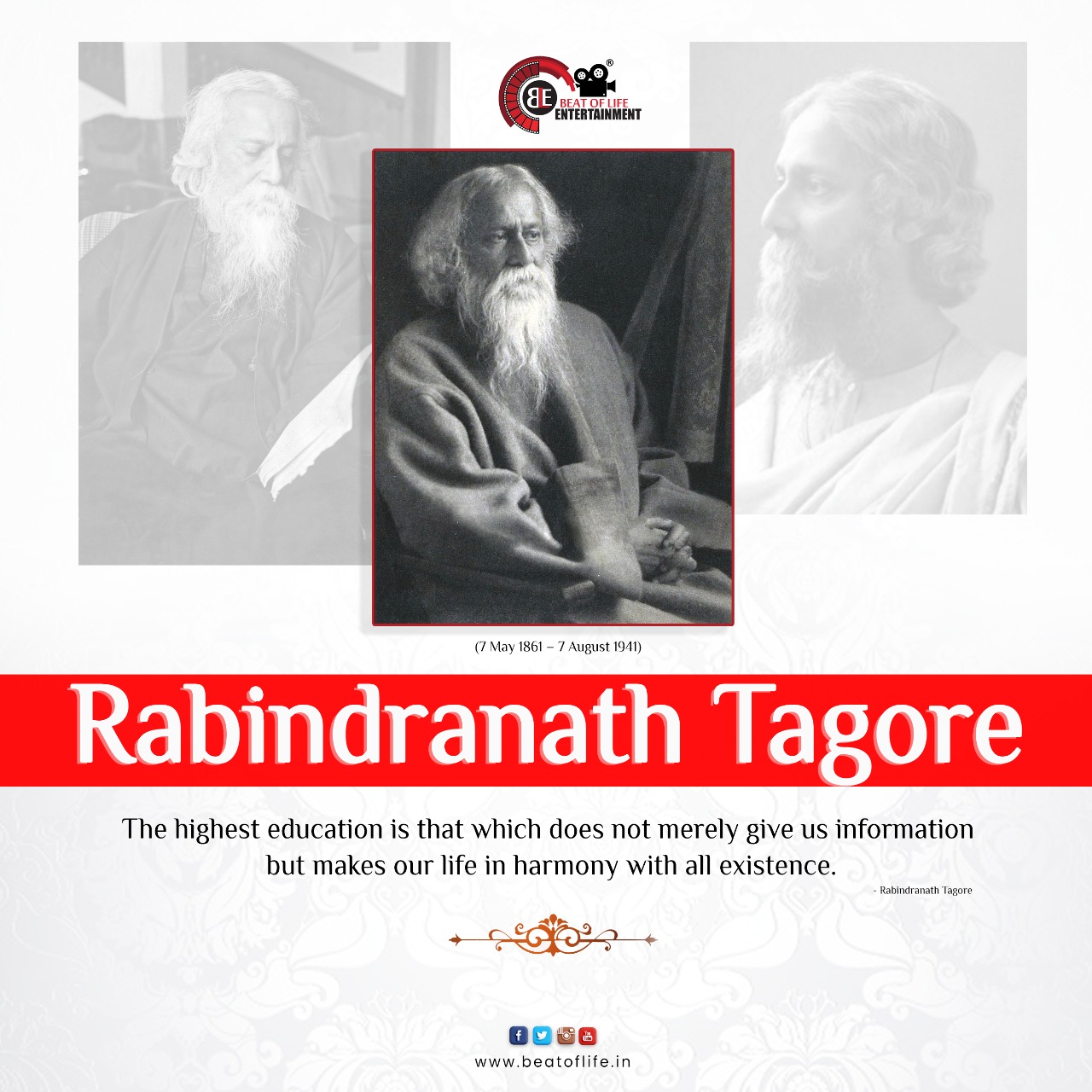 Don’t we all enjoy reading? Whether it’s a poem, a short story, a novel, or an essay. Many writers have made significant contributions to the field of writing and one of them is Rabindranath Tagore.

Rabindranath Tagore was a phenomenal Indian poet. On 7th May 1861, he was born in Jorasanka, Kolkata. His father’s name was Devendranath Tagore. His mother’s name was Sarala Devi. He began writing poems as a child. He wrote numerous poems, short stories, essays, dramas, novels, and songs.

He was also a magnificent composer. He wrote our national anthem, Jana Gana Mana. His major works include Gitanjali, Ghare Baire, Rabindra Sangeet, Amar Sonar Bangla, and others. In 1913, he became the first Indian to receive the Noble Prize for ‘Gitanjali.’