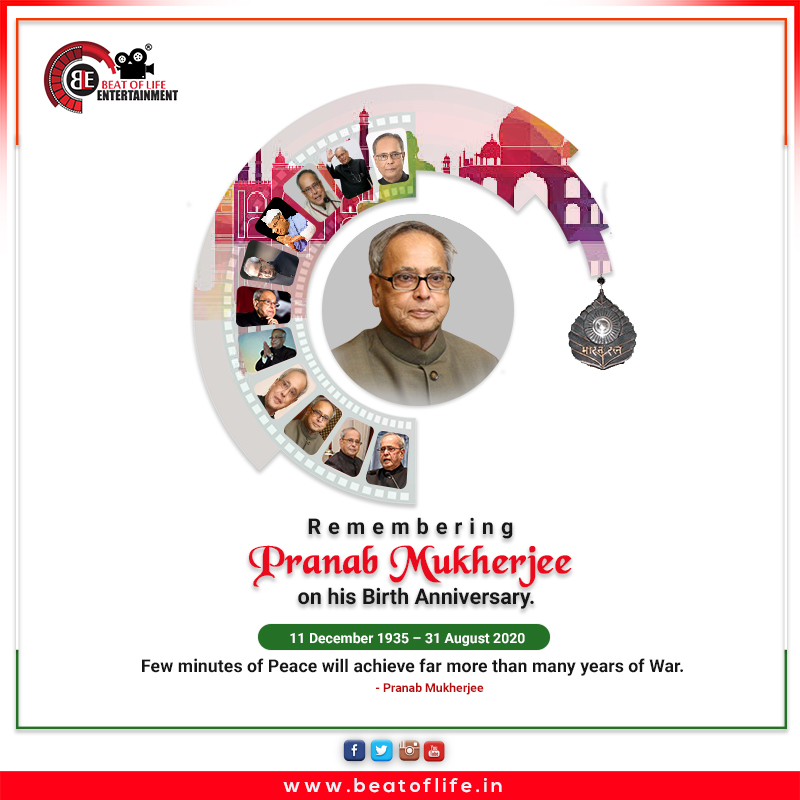 I am comfortable at the height where destiny has put me.
– Pranab Mukherjee

Pranab Mukherjee was the 13th President of India and an ideal leader. He was born on 11 December 1935, in Mirati, West Bengal. His father Kamada Kinkar Mukherjee was active in the Indian Independence Movement and member of the West Bengal Legislative Council. He was a senior leader in the Indian National Congress.

Pranab Mukherjee started his political journey in 1969 as a founding member of the Bangla Congress. He became a member of the Rajya Sabha in July 1969 on a Bangla Congress Ticket. Mukherjee was re-elected to the house in 1975, 1981, 1993 and 1999. In 1979, he became Deputy Leader of the INC in the Rajya Sabha. In 1986, he founded another party, the Rashtriya Samajwadi Congress in West Bengal. Pranab Mukherjee was the chairman of the Central Election Coordination Committee of the AICC from 1999 to 2012. He did commendable work as the Defense Minister, External Affairs Minister, Finance Minister and as the leader of the party in the Lok Sabha.

Pranab Mukherjee ji died on August 31, 2020 due to poor health. Pranab Mukherjee made an important contribution to Indian politics, and his works will never be forgotten.