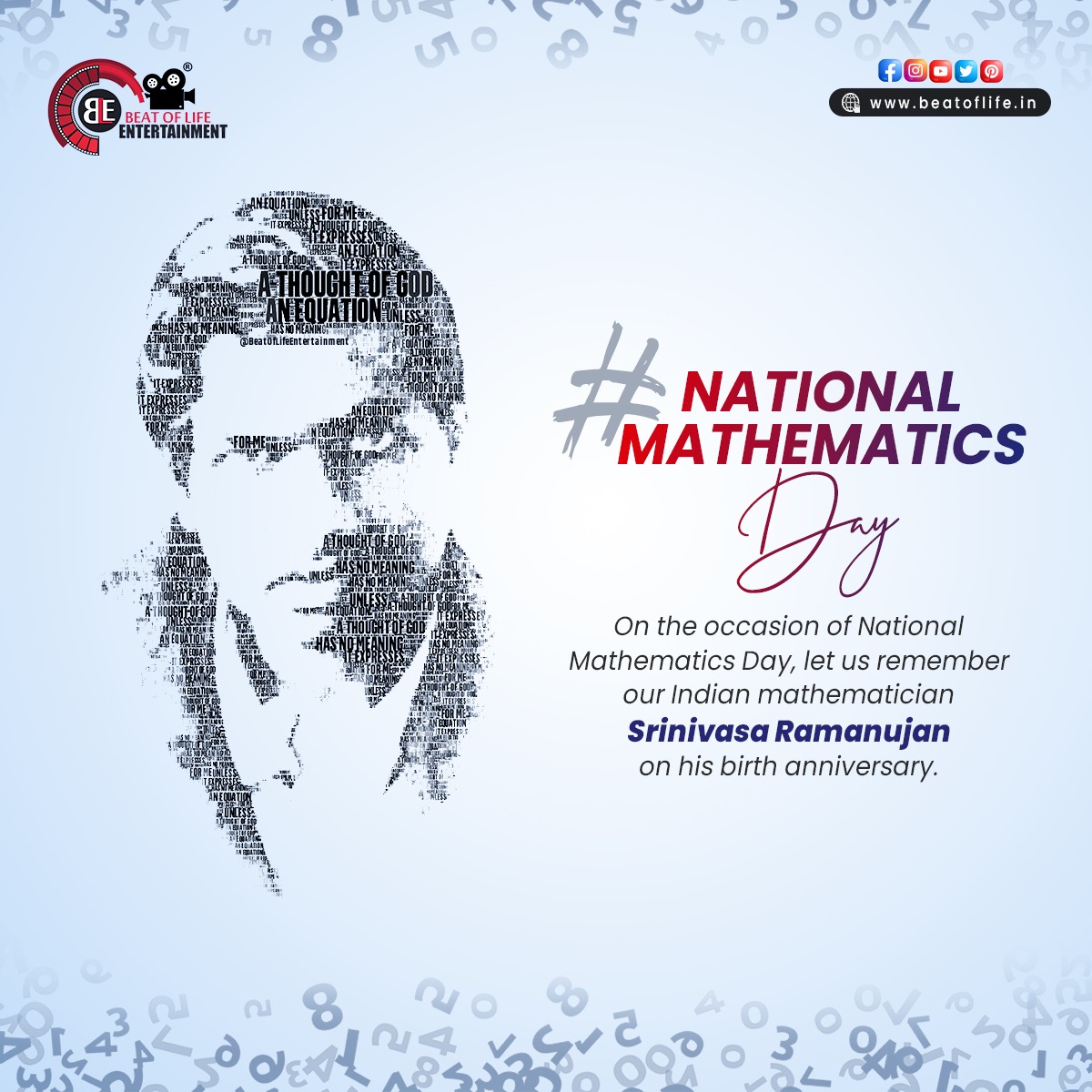 National Mathematics Day is celebrated on 22 December every year to mark the birth anniversary of legendary Indian mathematician, Srinivasa Ramanujan.

Srinivasa Ramanujan was born on 22nd December, 1887 in Erode, Tamil Nadu. His father was K. Srinivasa Iyengar, an accounting clerk for a clothing merchant. His mother was Komalatammal. who earned a small amount of money each month as a singer at the local temple.
His family were Brahmins, the Hindu caste of priests and scholars.

At the age of 12, he had gained knowledge in Trigonometry. At the age of 15, he obtained a copy of George Shoobridge Carr’s Synopsis of Elementary Results in Pure and Applied Mathematics. In 1911 Ramanujan published his first papers in the Journal of the Indian Mathematical Society. He was awarded in 1916 the B.A. Degree by research of Cambridge University. He was elected a Fellow of the Royal Society of London in February. 1918.

Srinivasa Ramanujan was a man of pure genius. The Indian math wizard took the world by surprise during the 19th century with his path-breaking mathematical discoveries. He is recognized worldwide for his contributions in continued fractions, number theory, and of course, the infinite series – the most enigmatic part about him remains the fact that he was completely self taught, a genuine autodidact. Ramanujan, who is still a legend at Cambridge University, died on April 26, 1920.The 32 year old genius, a truly gifted academician died due to tuberculosis.