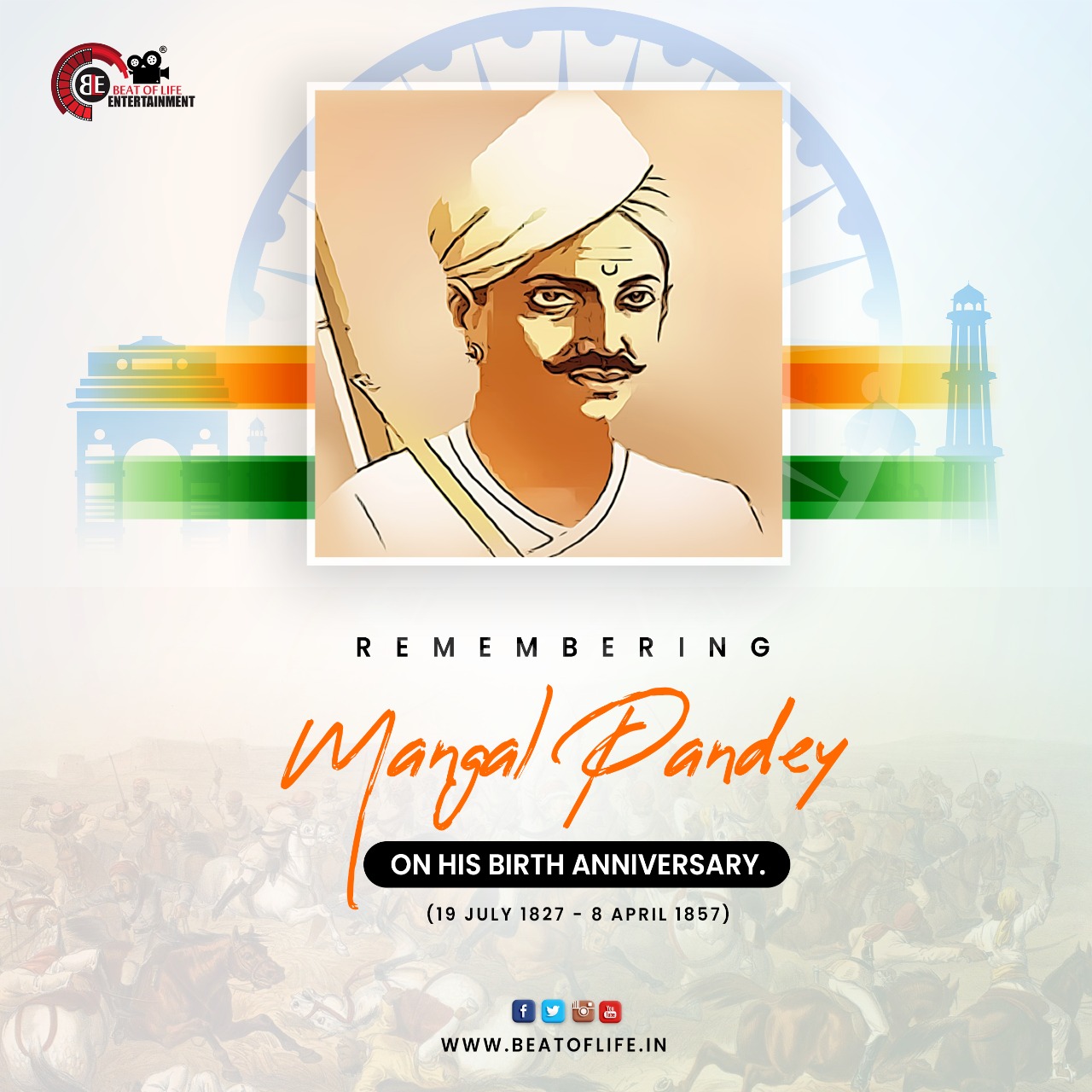 Mangal Pandey was a revolutionary freedom fighter who fought with the Britishers. He was born on 19th July, 1827 in Uttar Pradesh.

He was an Indian soldier whose attack on British officers on March 29, 1857, was the first major incident of what came to be known as Sepoy, Mutiny or First War of Independence.

The location where Mangal Pandey opened fire on British officers and was later hanged is now known as the ‘Shaheed Mangal Pandey Maha Udyan.’

He was hanged in Barrackpore on April 8, 1857, after facing trial.