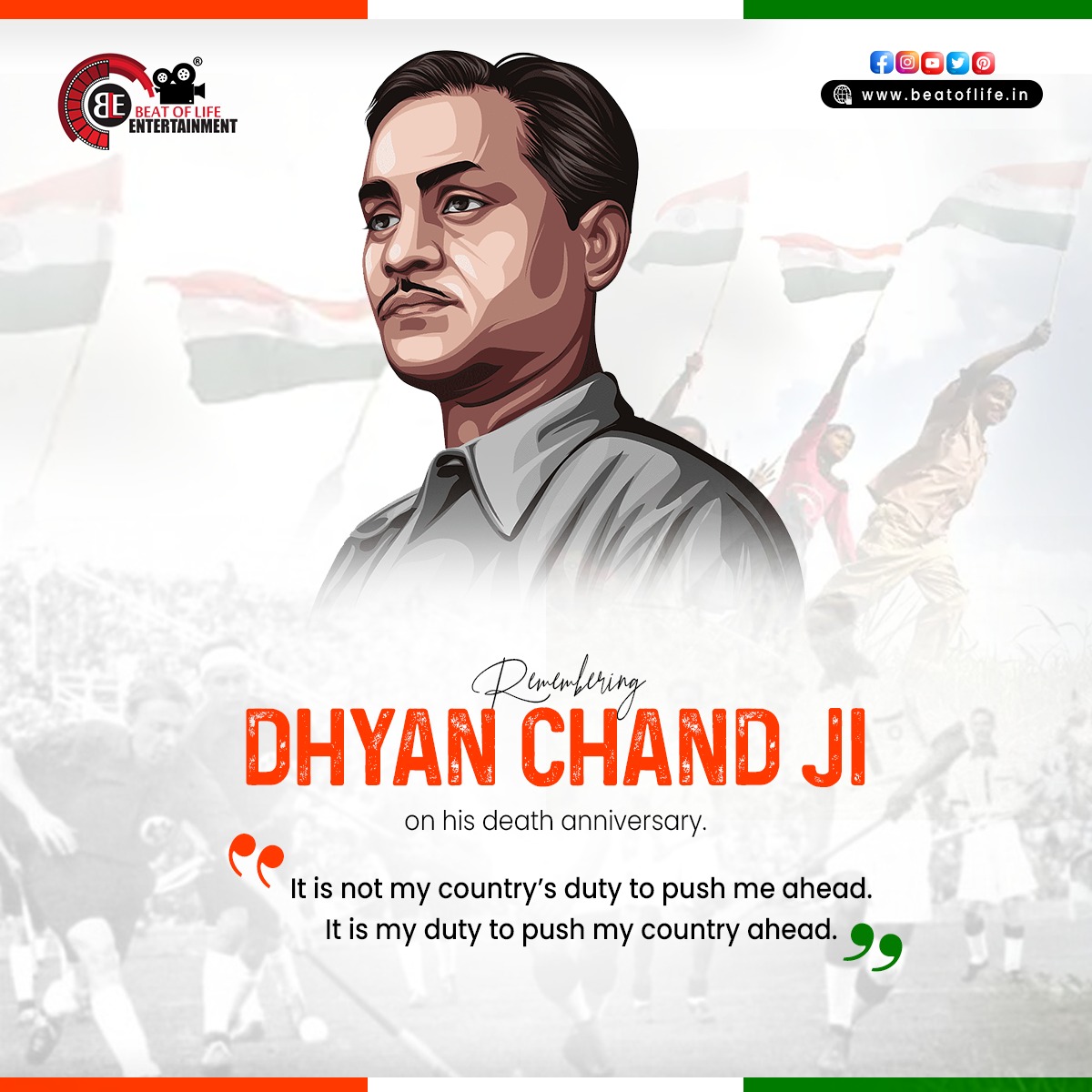 The legendary Indian hockey player Major Dhyan Chand is well-known for his ability to score goals, which helped him win three gold medals in three different Olympic competitions and create Olympic history. The legendary figure spent his entire life playing hockey and serving in the Army. He is known as the “hockey magician” and set a record by scoring more than 1000 goals throughout his active career.

He was born to Sameshwar Singh and Sharada Singh in Allahabad on August 29, 1905. In India, the anniversary of his birth is recognised as National Sports Day. He was unable to keep up academically due to his father’s repeated official transfers and had to drop out of school after only six years of formal education. The child had a wrestling interest at first, but after joining the Indian Army at age 16, his interest in field hockey increased. He used to practice hockey at night and go through Army training during the day.

He soon saw the benefits of his efforts when he was chosen for the Indian Army hockey team’s 1926 tour of New Zealand. His captivating performance, in which his team won 18 out of 21 games, mesmerized everyone. He won gold for his country in 1928 at the Olympic competition held in Amsterdam. With his quickness and precision, he became “The Wizard” of hockey. He was a hockey player who was so precise and flawless that he could even detect errors in the field’s measurement.

He is one of the Indian hockey team’s most successful captains. Dhyan Chand, who had just won the Olympics for the third time in a row, was a key player in the amazing triumph of team India during an international tour, winning 34 of 37 and contributing 133 of the team’s 338 goals.

Even after saying farewell to the field, Dhyan Chand continued to give his all to hockey by participating in games and coaching the future players under his watch. In 1956, he retired as a “Major” from the Indian Army and was also given the third Indian civilian award, the “Padma Bhushan,” by the Indian government in recognition of his honest efforts to advance the game of field hockey in India. On December 3, 1979, he passed away from liver cancer.