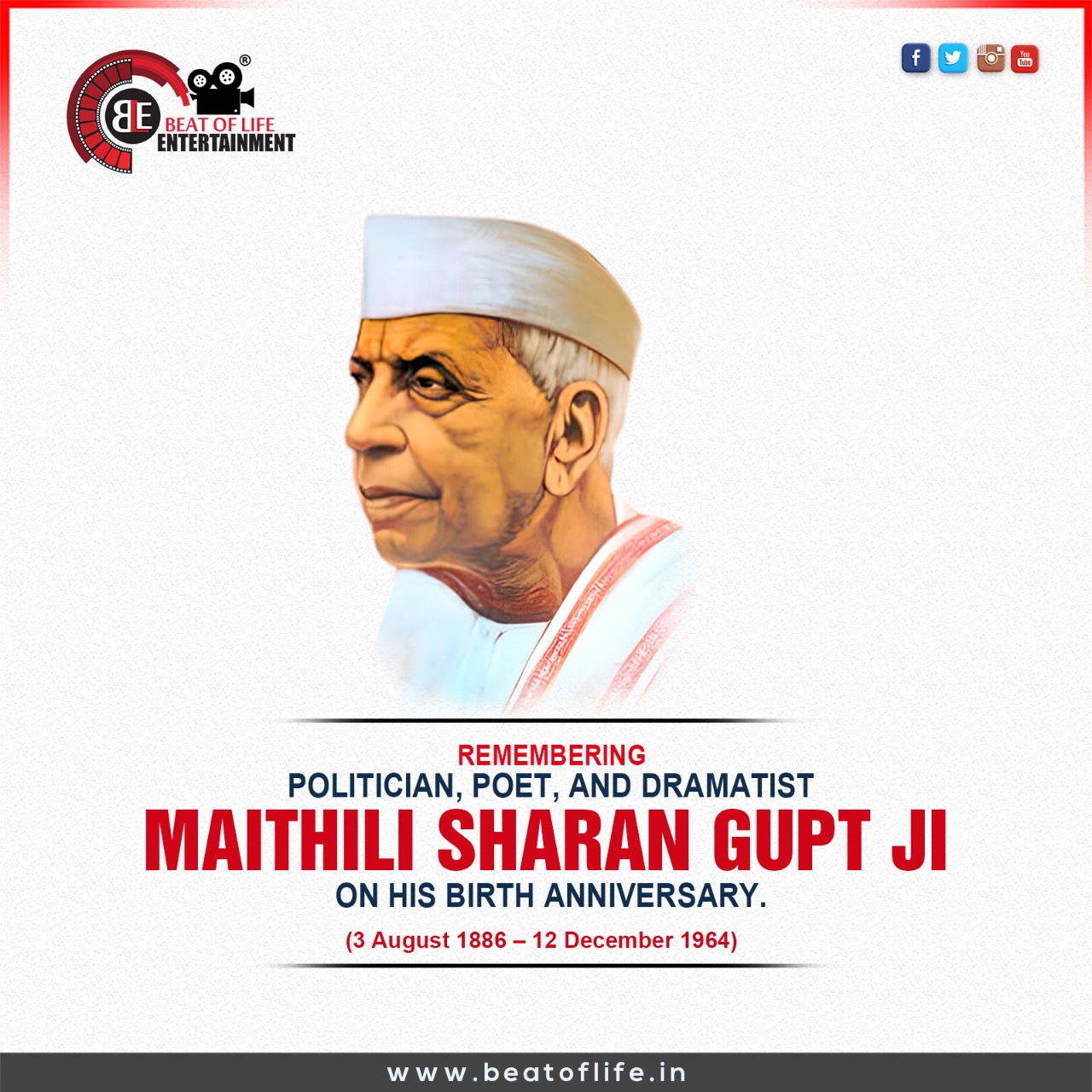 On August 3, 1988, Maithili Sharan Gupt, one of India’s most brilliant modern Hindi poets was born. He is best known for incorporating Khari Boli (plain dialect) into his poetry. Most poets of his time wrote in the Braj Bhasha dialect, but he approached the Khari Boli dialect differently. He was born into a wealthy zamindar family in Jhansi, Uttar Pradesh, and studied Sanskrit, English, and Bengali as a child.

He was a great patriot and nationalist who was a passionate supporter of the National Freedom Movement. He was made an honorary member of the Rajya Sabha after India gained independence and remained a member until his death.The Government of India bestowed the Padma Bhushan on him in 1954.On December 12, 1964, one of Hindi literature’s greatest writer died.