Maharana Pratap: an eternal story of indomitable courage and love for the Motherland 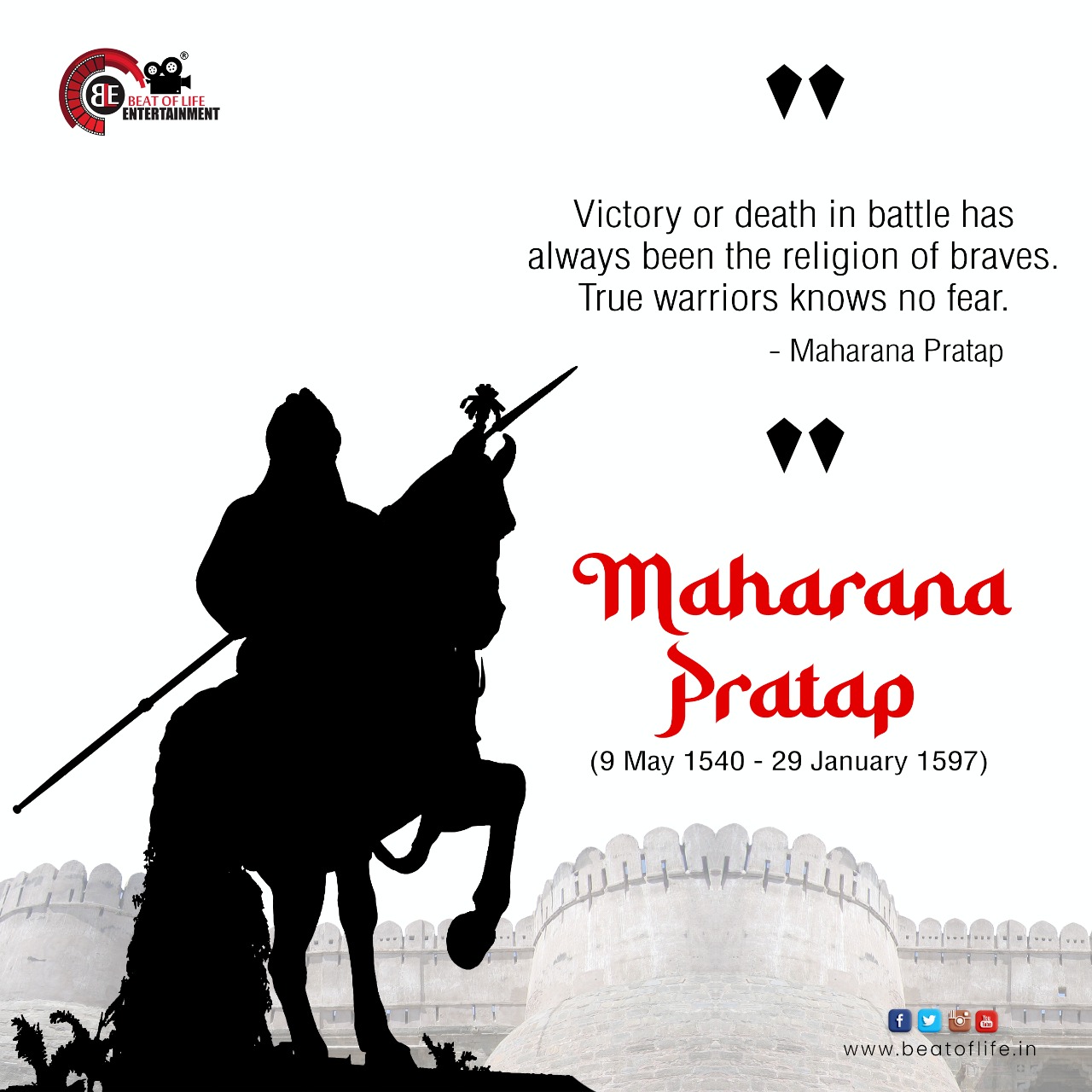 “I vow before Gods that I would sleep on a straw bed and eat on pattras (leaf Plate) and leave my palace to live in jungles until I bring back the glory of Chittor.”
-Maharana Pratap

Maharana Pratap Singh was born on May 9, 1540, in Kumbhalgarh to Rana Uday Singh ll and Rani Jeevant Kanwar. He is hailed as the hero of Rajasthan and episodes of his heroic spirit, sacrifice, and resilience are woven into folklores and ballads.

Maharana Pratap was a great king who cared for his people like a father would care for his son. As a proud Rajput, he refused to submit to Mughal forces led by Akbar, even after continuous efforts. He was the only Rajput ruler who dared not only resist a larger army but challenge a larger army and fought to his last breath, preserving the pride and glory of his motherland.

Maharana Pratap died in Chavand on January 19, 1597 at the age of 56. He died from injuries sustained during a hunting event. After news of his death reached Akbar, even his greatest opponent shed a tear of pain and loss in memory of a mighty warrior.