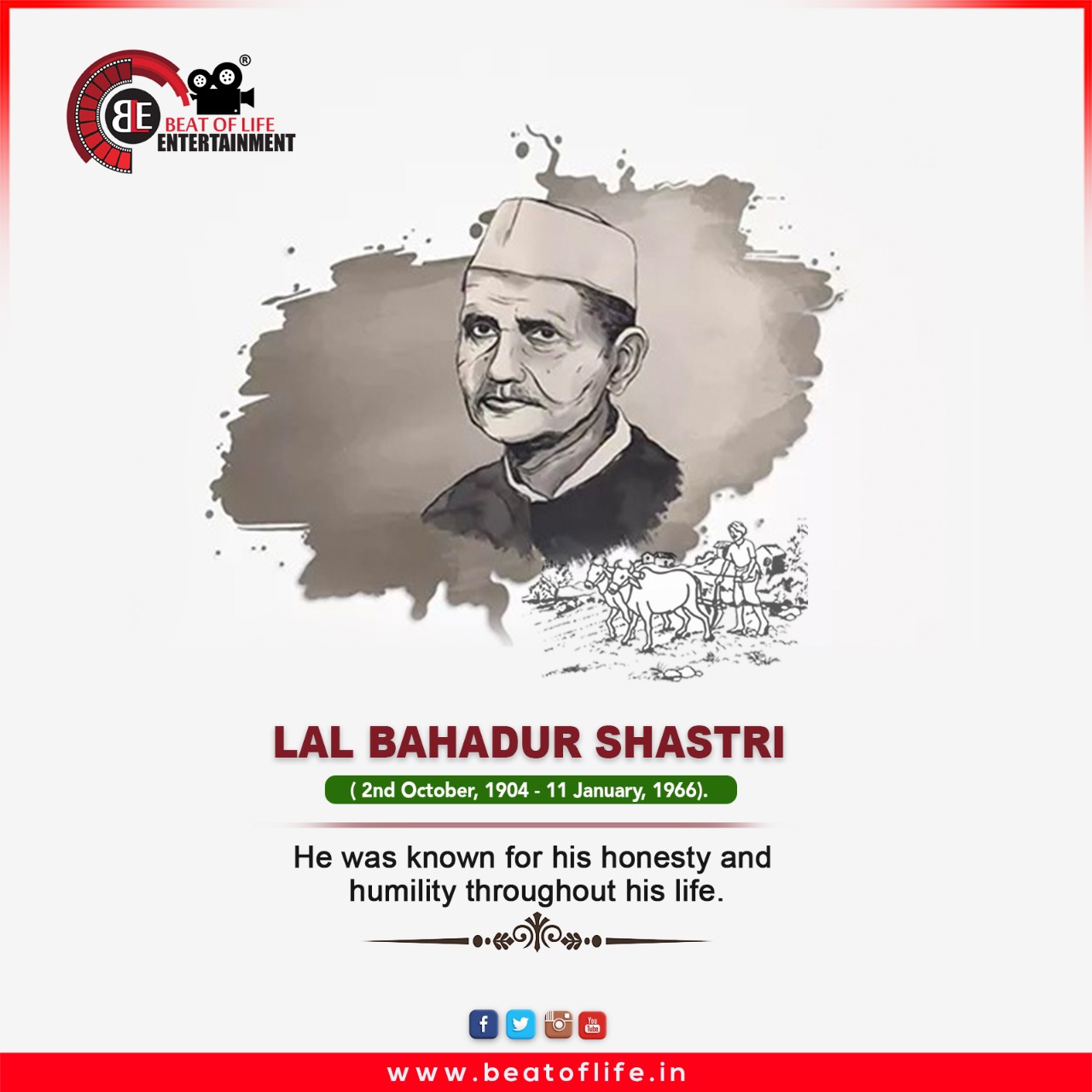 We believe in freedom, freedom for the people of each country to follow their destiny without external interference.
-Lal Bahadur Shastri.

Lal Bahadur Shastri is known as a man who advocated peace. He is the second prime minister of independent India. He is also remembered for his composition of the slogan of “Jai Jawan, Jai Kisan” (which means ‘hail the soldiers and the farmers’).

Lal Bahadur Shastri was born in a small railway town seven miles from Varanasi, India, on October 2nd, 1904. His father was a teacher who died when he was only a year and a half old. Her mother, who was still in her twenties, took her three children to her father’s house and settled there.

During the 1920s, Lal Bahadur Shastri began to actively contribute to India’s struggle for independence. He helped support the non-cooperation movement.Though his contribution has been the cause of his imprisonment, he still continued his campaign of non-violent civil disobedience and in 1930 he participated in the Salt Satyagraha. For this movement, the East India Company sentenced him to two years of imprisonment.

Even when in prison he did not stop reading books and he became very fluent with works of western philosophers, revolutionaries and social reforms. Even a prison sentence of 2 years could not diminish his zeal.

Lal Bahadur Shastri breathed his last on 11 January 1966. The cause of his death was a heart attack.

In a conflict between the heart and the brain, follow your heart