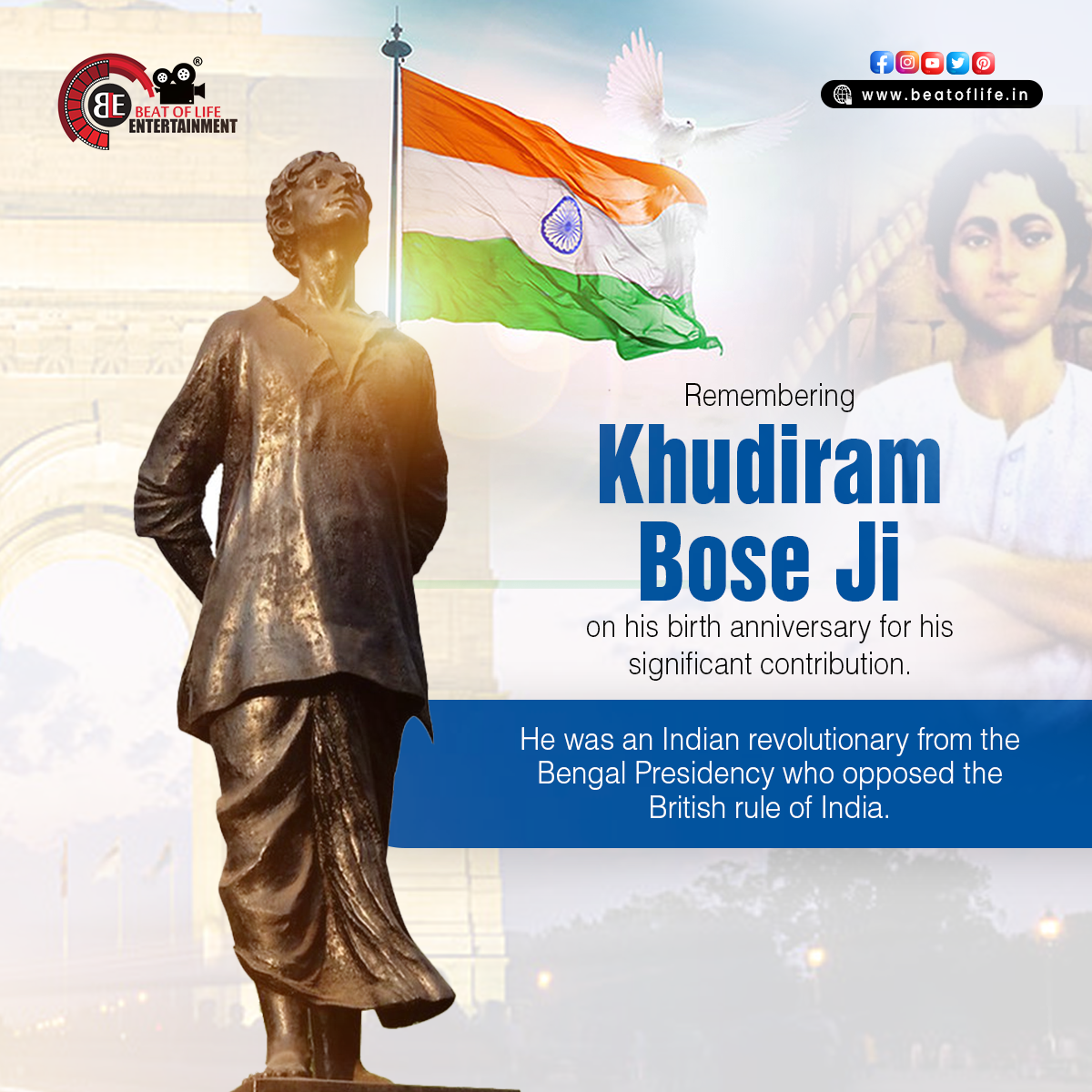 In Bengal’s Midnapore district, in the village of Habibpur, Khudiram Bose was born on 3 December 1889. Trailokya Nath Bose was his father, while Lakshmipriya Devi was his mother. He was raised by his elder sister during his childhood after the death of his parents.

As a result, he quit school in the ninth grade and began actively participating in politics. He developed a strong desire to serve the nation from a young age. He was executed by hanging for attempting to kill Magistrate Kingsford, a British judge.

After being found guilty in the infamous Muzaffarpur conspiracy. He was sentenced to death on August 11, 1908.