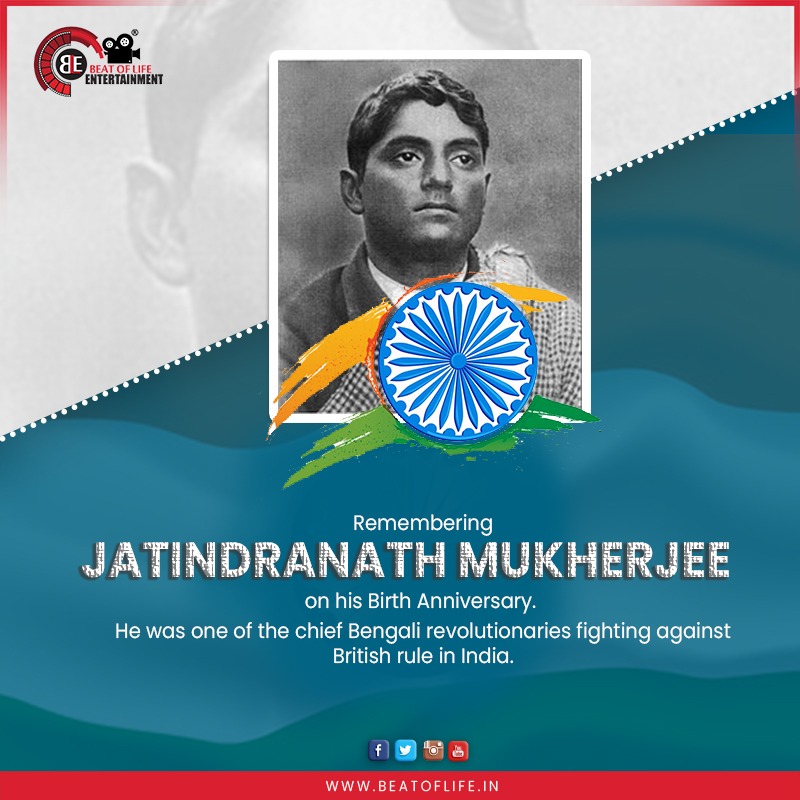 Bagha Jatin was born on 7th December, 1879 in Kayaram Village in the Nadia Distric of Bengal. Kayagram is presently situated in Bangladesh. Bagha Jatin’s full name was Jatindra Nath Mukherjee. His father’s name was Umeshchandra Mukherjee & his mother’s name was Sharatshashi Mukherjee. When he was 5 years old, his father died. After passing the entrance exam in 1895 from Krishnanagar, he joined Calcutta Central College as a student of fine arts and he also enrolled as a student of steno typing. He was very strong from childhood. At the age of 27, he bravely killed a tiger, so he is also known as Bagaya Tindra.

In 1900, Jatindranath Mukherjee married Indubala Banerjee. Bagh Jatin soon returned to Calcutta to continue with his revolutionary activities. In 1907, Bagh Jatin was sent to Darjeeling on a special mission for a period of three years. Jatin Mukherjee opened a branch of the Anushilan Samiti in Darjeeling and named it the Bandhan Samiti. In April 1908, he got involved in a fight with three English Military Officers at Siliguri Railway Station, thrashing all of them single-handedly. He took over the leadership of the secret society to be known as the Jugantar Party. He was only 35 when he sacrificed his life for our country’s freedom. Bagha Jatin was taken to the Balasore Hospital where he breathed his last on 10th September, 1915.

CDS General Bipin Rawat Mrs. Rawat & the other warriors of our nation who lost their lives in Tamil Nadu terrible helicopter crash.