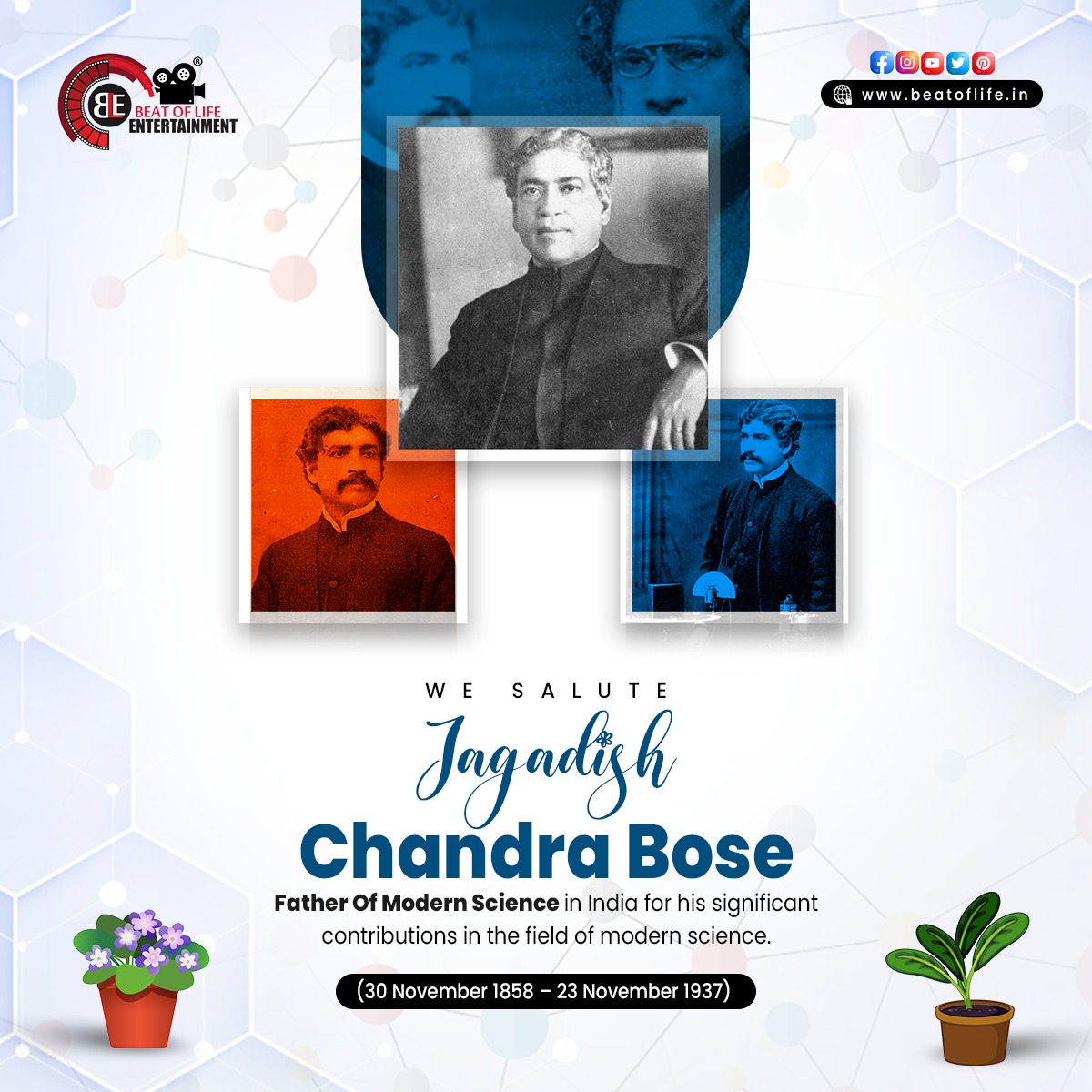 On November 30, 1858, Jagadish Chandra Bose was born in Rarikhal, which is now in Bangladesh. Because of his father’s belief that Bose should learn Bengali before learning a foreign language like English, Bose acquired his early education at a vernacular school.

He is one of the most prominent first Indian scientists who proved by experimentation that both humans and plants share much in common. He demonstrated that plants are also sensitive to heat, cold, light, noise and various other external stimuli. Bose contrived a very sophisticated instrument called the crescograph, which could record and observe plants’ minute responses to external stimulants. It was capable of magnifying the motion of plant tissues to about 10,000 times their actual size and, in doing so, found many similarities between plants and other living organisms.

Jagadish Chandra Bose was very interested in biology, yet a famous professor of physics. Father Lafont inspired Bose to study ‘Physics’. After receiving his degree, 22-year-old Bose went to London for medical science education. But gave it up because of his own ill health. Within a year he moved to Cambridge to take up a scholarship to study Natural Science at Christ’s College Cambridge. In 1885, he returned from abroad with a B.Sc. degree and Natural Science Tripos (a special course of study at Cambridge).

As the father of Bengali science fiction, Bose wrote science fiction stories while he was a student in London. One of the first pieces of science fiction ever written in the Bengali language, Niruddesher Kahini, was one of his stories that was published in 1896. Later, it was included in a bigger anthology of short stories.

After his return Jagadish Chandra Bose, was offered a lectureship at Presidency College, Calcutta on a salary one-third that of his English colleagues. He accepted the job but refused to take salary as he was disheartened with the fact that Indians were being ill treated and were denied their full salary. He started to protest for unequal treatment. After three years of protest, the college ultimately conceded his demand and all Indian Teachers along with Jagadish Chandra Bose was paid full salary from the date they joined the college. As a teacher Jagadish Chandra Bose was very popular and engaged the interest of his students by making extensive use of scientific demonstrations.

He was awarded the title of ” Knight ” in 1917. Soon he was elected Fellow of the ‘Royal Society London’ for Physics and Biology. Bose did not do his entire research work with any good (expensive) equipment and laboratory, so Jagadish Chandra Bose was thinking of making a good laboratory. The ‘Bose Institute’ (Bose Vigyan Mandir) is inspired by this idea, which is a famous center of the nation for research work in science.

Jagadish Chandra Bose had a deep relationship with Giridih, he stayed in Giridih for 7 years and used to visit the Parasnath mountains to learn more about the native flora and fauna. He frequently conducted research in his home. The great scientist who made his important contribution in the field of science, breathed his last in Giridih on 23 November 1937 at the age of 78. 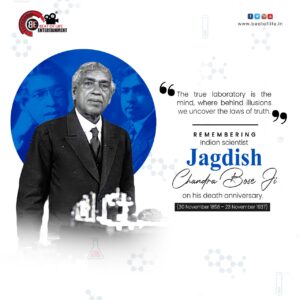