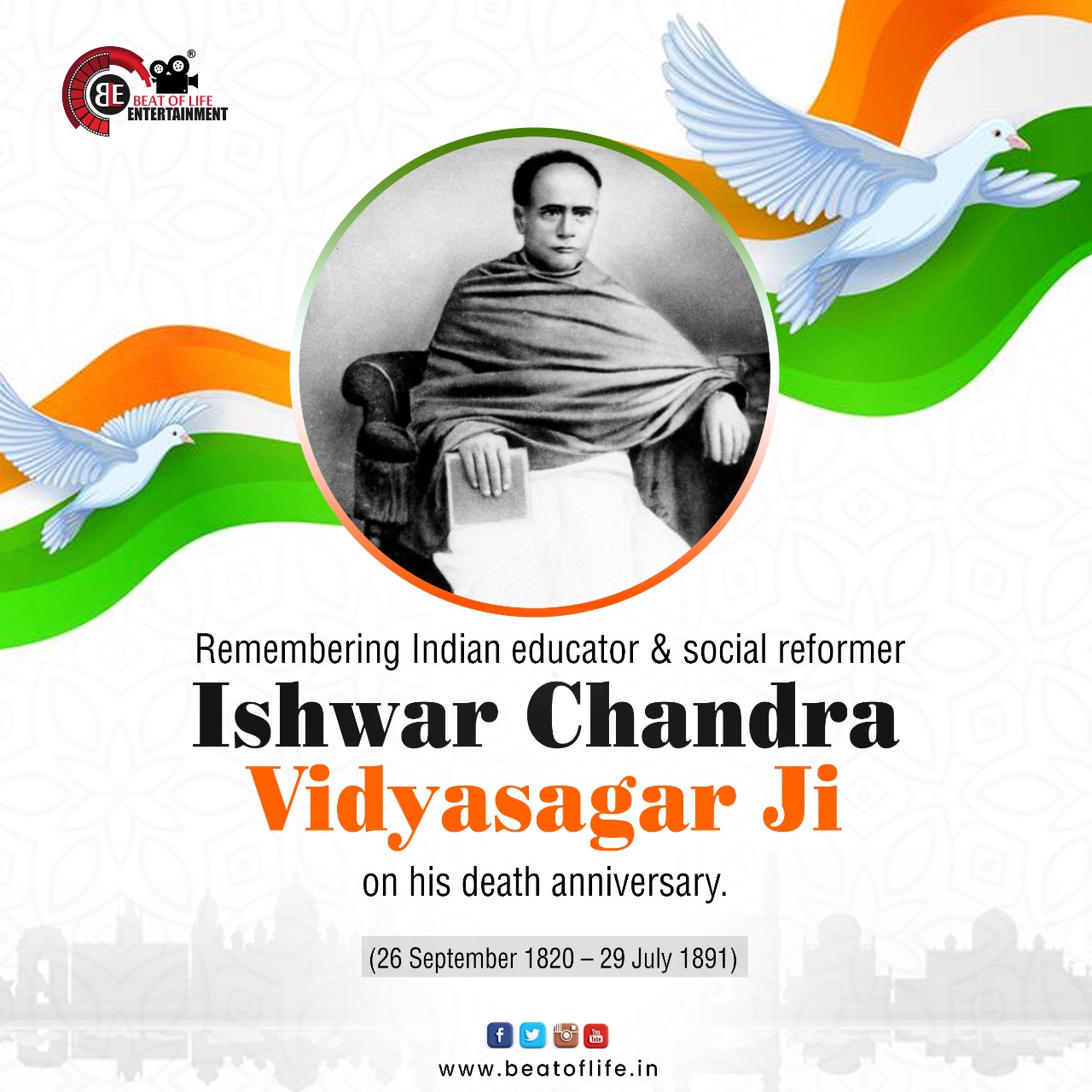 Ishwar Chandra Vidyasagar, also known as Ishwar Chandra Bandyopadhyay, was a social reformer and scholar from India. He was born on September 26, 1820, in the city of Birsingh in the state of Bengal.

He came from a poor Hindu Brahmin family. He was a person who was always full of curiosity and wanted to learn something new every day. He used to read books other than his course books to broaden his knowledge of various topics. He was recognised for his knowledge and was given the title Vidyasagar, which means “Sea of Knowledge.” He believed that education is the most powerful tool for surviving in this world, and he is a living example of this.

He also supported girl child education and opened schools in various areas so that girls could receive further education and stand alongside men. He is known as the “Father of Bengali Prose.” He was also a supporter of Hindu remarriage, for which he filed a court petition. He died on July 29, 1891.He will be remembered for his contributions to the field of Bengali writing and prose.