A Tribute to our Indian Army 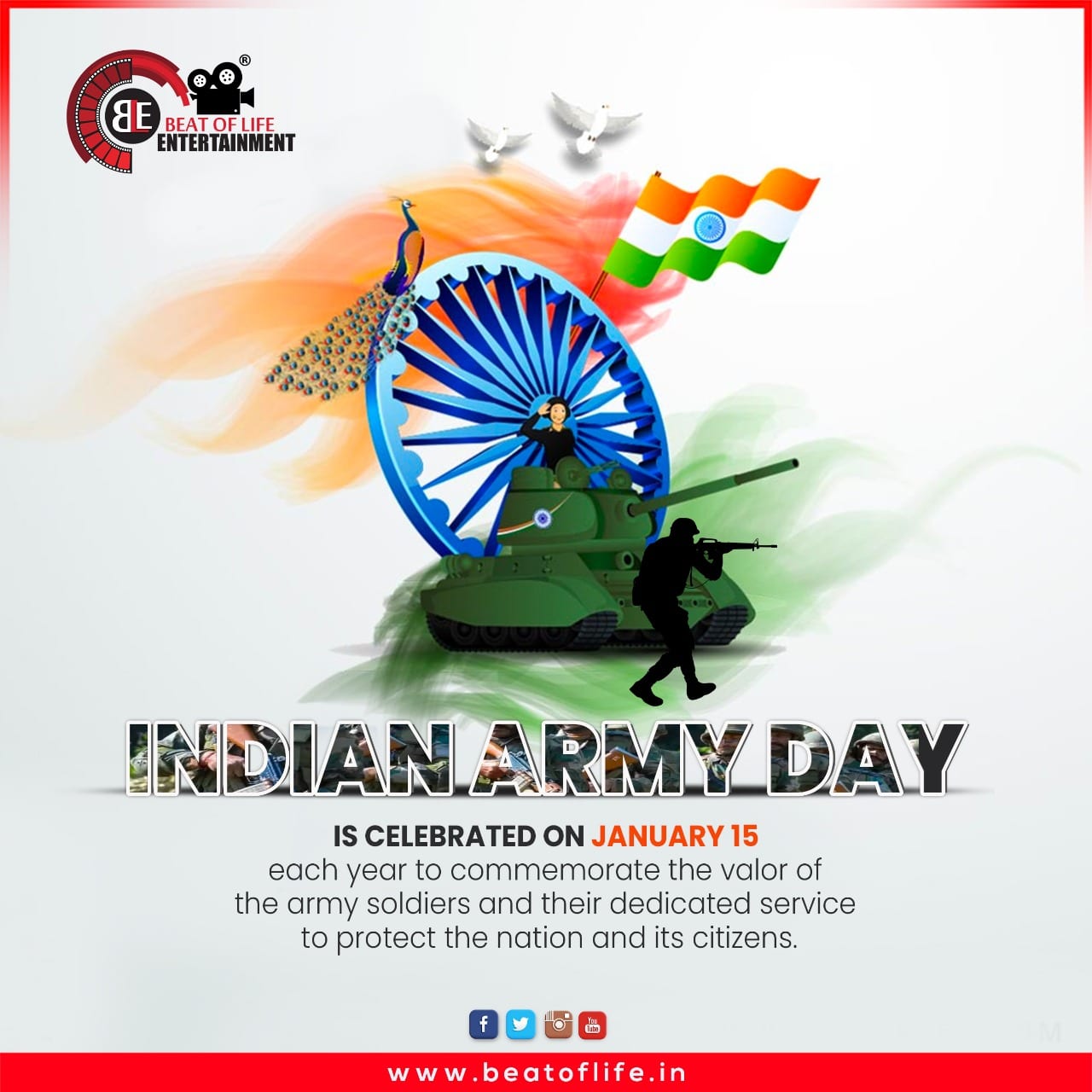 *”Indian Army Day always reminds us of all our heroes who stand strong to keep us safe.”*

Indian Army Day is celebrated on January 15th every year. This day is celebrated in the memory of our dead soldiers of India who died while fighting bravely on the battlefield. 15th January was chosen as the day to celebrate the Indian Army Day to honor the Army Marshal Kodendra Dappa Cariappa or KM Cariappa, who replaced Sir Francis Butcher as the first Supreme Commander of the Indian Army in 1949. The day also marks the sacrifices and courage shown by Indian soldiers in the battle to defend their homeland.

The Indian Army originated from the forces of the East India Company, which later became the “Anglo-Indian Army” and eventually the Indian Army after independence.

It is celebrated in Delhi with the skills and bravery of the Indian soldiers. The celebration is presided over by the Commander in Chief of the Indian Army. Homage is payed to the fallen soldiers at amar jawan jyoti at India Gate and soldiers are conferred with medals and gallantry awards. Soldiers also display their skills of bike riding and other activities on the day and make the audiences proud.

Indian Army protects our borders and resists any infiltration with commendable courage to keep our country safe and secure.