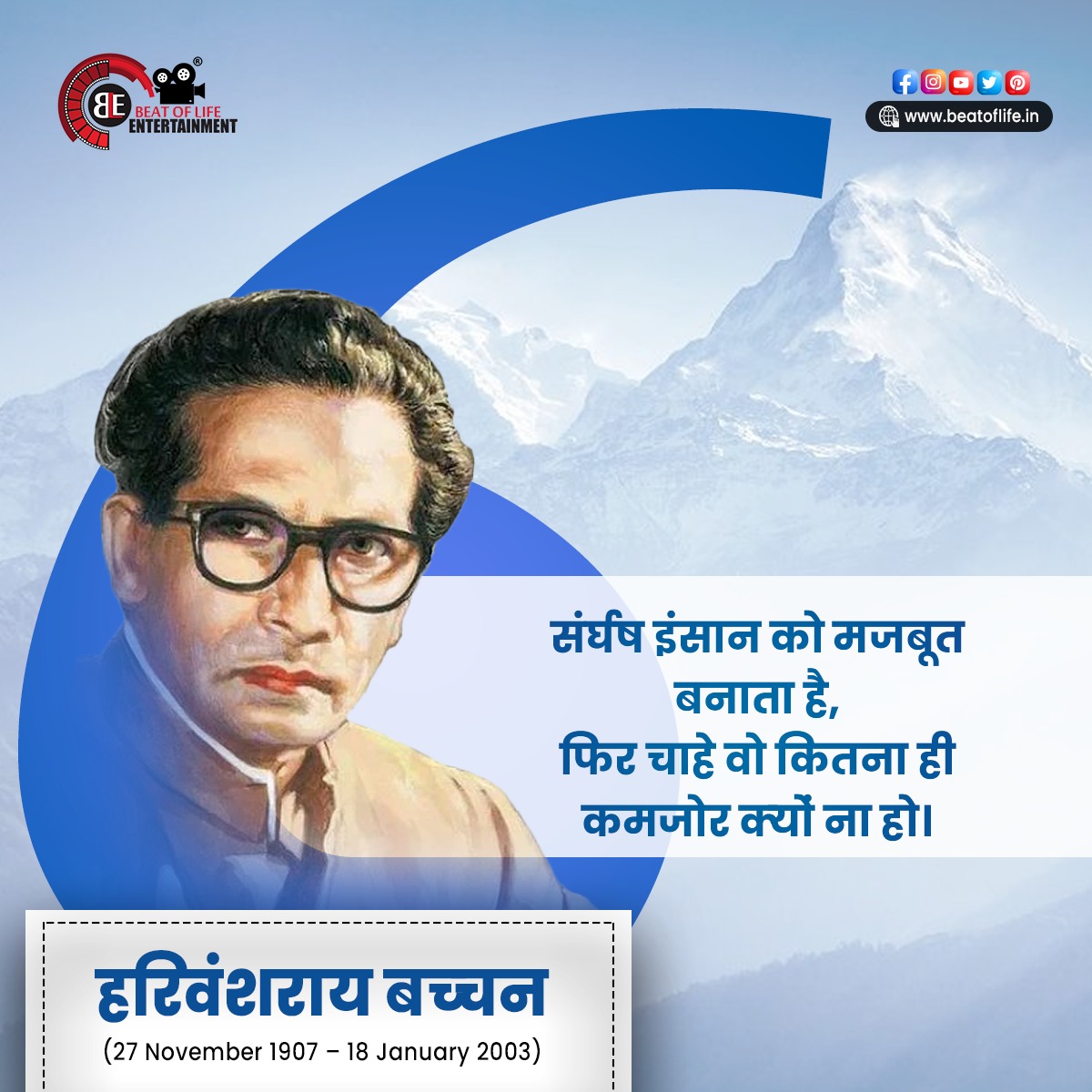 “Live not like a flower, you’ll disintegrate the day you blossom; live like a stone, for once when carved, you’ll be a form of god.”
– Harivansh Rai Bachchan

On November 27, 1907, In a small town close to Allahabad, Dr. Harivansh Rai Srivastav was born into a typical Kayasth family. At home, he was addressed as ‘Bachchan,’ which is Hindi which meant ‘child’. As it was the custom in his family, he completed his formal education at a municipal school where he also learned Urdu. At Allahabad University and Banaras Hindu University, he finished his higher education. He was an English professor at Allahabad University from 1914 to 1952. While writing his doctoral thesis on W.B. Yeast, he replaced “Bachchan” as his last name.

His thesis earned him a PhD from Cambridge. On the other hand, he is the second Indian to receive a doctorate in English literature from Cambridge. After arriving home, he resumed his teaching career and got a position at Allahabad’s All India Radio.married, Teji Bachchan, in 1941. They had two sons, Amitabh and Ajitabh.

He moved to Delhi in 1955 to work for the External Affairs Ministry as an officer on Special Duty. During his ten years of service, he was also involved in the formation of Hindi as the nation’s official language. He also contributed in the field of Hindi by translating major works. His poem Madhushala was the first poem that gave him immense fame.

He was nominated for the Indian Rajya Sabha in 1966, and three years later he was given the Sahitya Akademi award. He received the Padma Bhushan award in 1976 in recognition of his significant contribution to Hindi literature. As recognition for his unique contribution to the literary world, he also received the Saraswati Samman, Sovietland Nehru Award, and Lotus Award from the Afro-Asian writers’ conference.

He died on January 18, 2003, at the age of 95, due to various respiratory ailments. We can forget his contributions in literature that he made.