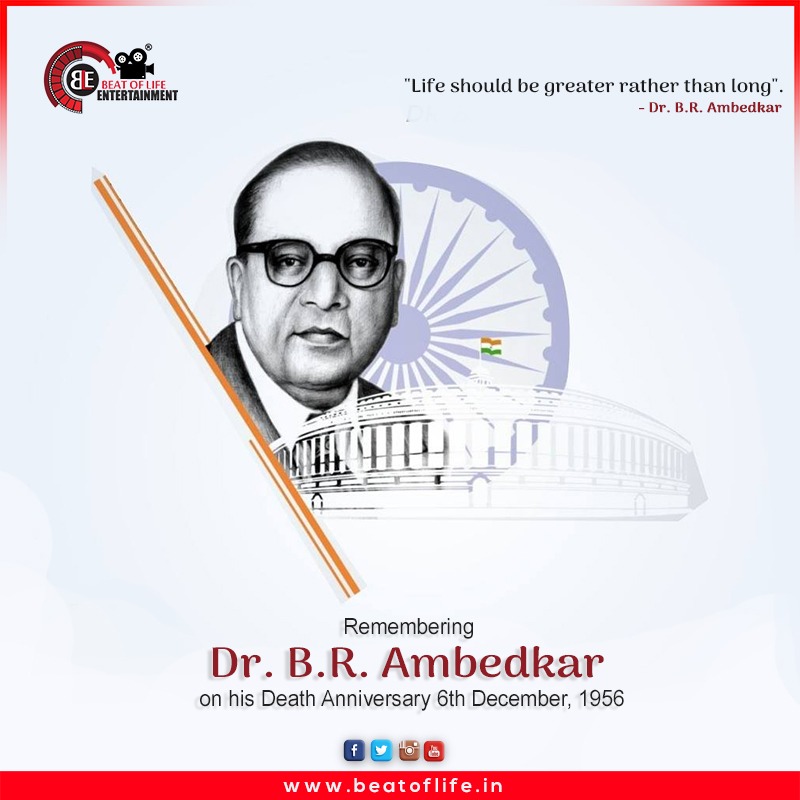 “Be Educated, Be Organised and Be Agitated”
– B.R. Ambedkar

Bhimrao Ramji Ambedkar was born on 14th April 1891, at Mhow in Madhya Pradesh. Dr. B.R. Ambedkar is popularly known as Babasaheb Ambedkar. He was an Indian jurist, economist and social reformer. His father name was Ramji Makoji Sakpal & his mother name was Bhimabai Sakpal. His father was an officer in the Indian Army. He completed his graduation in 1912 from Elphinstone College, Bombay. He was married to Ramabai at the age of 14. He joined Columbia University in USA 1913, for higher studies. In June 1916, he was submitted his thesis on National Divided for India : A Historic and Analytical Study for his PhD degree. In June 2016, he left Columbia University and joined the London School of Economics and Political Science for advance studies. From 1917 to 1920, he worked as Military Secretary to the Maharaja of Baroda.

He was the first minister of law and justice of India. While practising law in the Bombay High Court, he tried to promote education to untouchables and uplift them. He was appointed to the Bombay Presidency Committee to work with the European Simon Commission in 1925. In 1927, he decided to launch the active movements against untouchability.