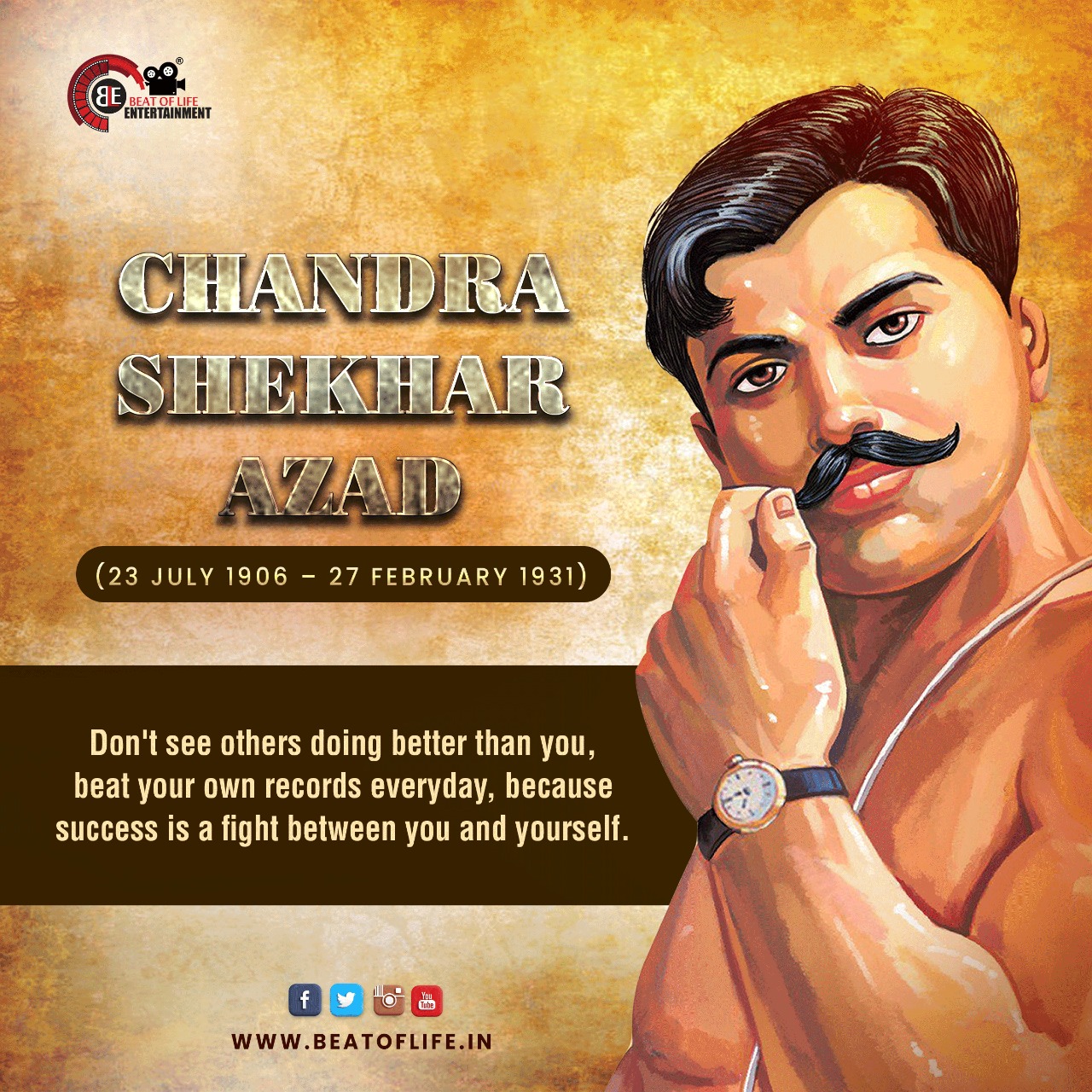 Chandrashekhar Azad is a popular freedom fighter, who fought for India’s independence. He was born on 23rd July 1986. He was born in the small district of Jhabua, Madhya-Pradesh, India. He was an expert in Sanskrit, and when he continued his studies in Banaras, he was known as an aggressive nationalist who resorted to violent extremism

The 1919 Jallianwala Bagh incident deeply troubled him. He was only 13 years old when he joined Mahatma Gandhi’s Non-Cooperation Movement in 1920. He was arrested by the British government when he was 16 years old for actively participating in such movements.

He was an active member of the Hindu Republican Association. He funded his freedom moment through robberies and loot of British government property.

Chandrashekhar Azad was close to Bhagat Singh, and they both ran the Indian Republican Association together. Both of them believed in socialist principles for India. He died on February 27, 1931.