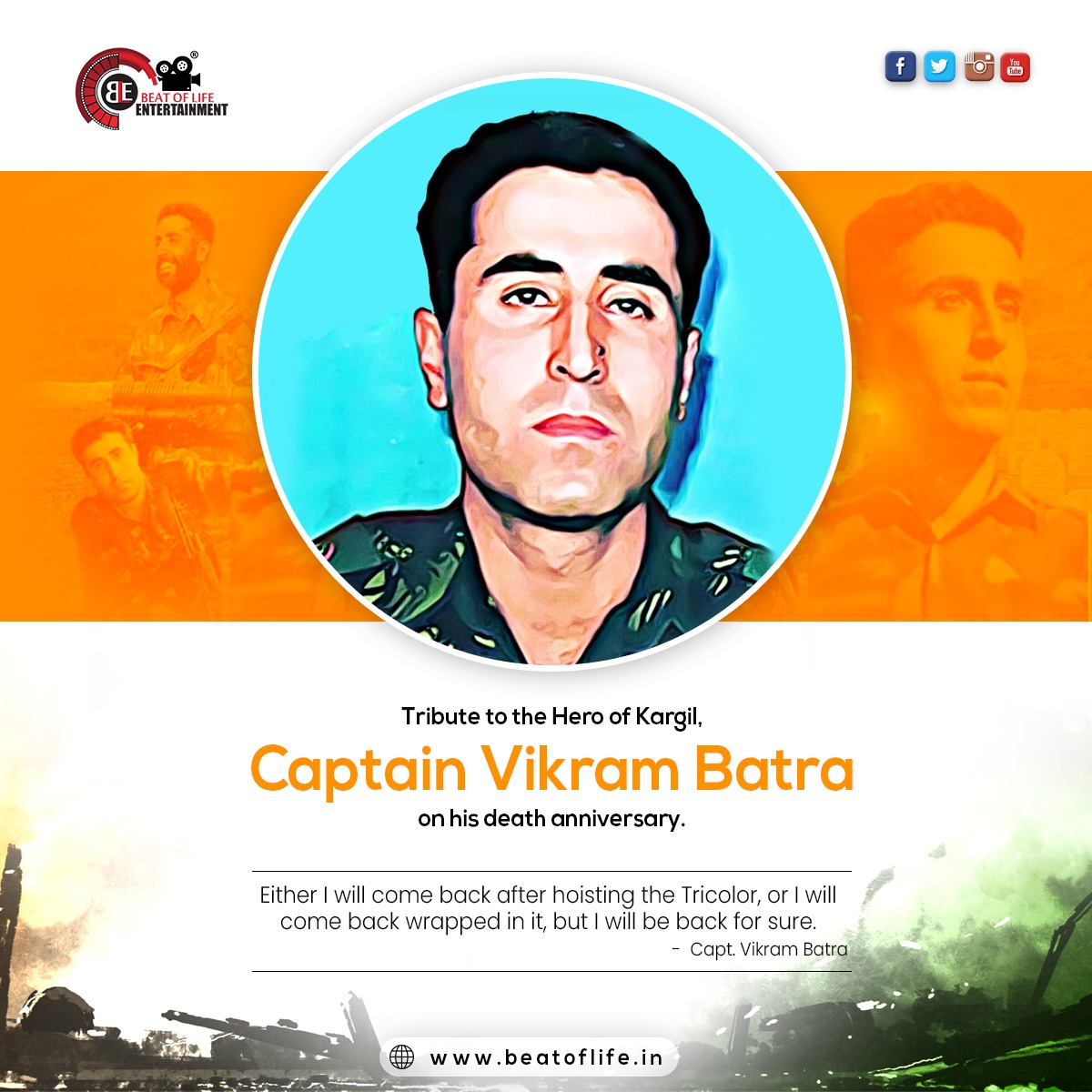 On July 26, 1999, India’s Armed Forces defeated Pakistan in a decisive war. During the intense conflict, many brave young warriors gave their lives to protect their country on the treacherous terrain of Kargil. One of them was Captain Vikram Batra.

Vikram Batra was born in Himachal Pradesh on September 9, 1974, and grew up in the lovely hill station of Palampur. He was the elder son of Girdhari Lal Batra, a government school principal, and Kamal Kant, a school teacher.

He was a popular student among his peers and teachers because he excelled in academics as well as sports and extracurricular activities. He was named the top NCC cadet in north India, and he also held a green belt in karate and competed at the national table tennis level.

He joined the Indian Army’s Jammu and Kashmir Rifles 13th battalion on December 6, 1997. Captain Batra was stationed in Uttar Pradesh during the 1999 Kargil war when he was called to join the forces in the Dras sector.

He was assigned to the 56th Mountain Brigade at that time. As the Kargil War progressed, the 2nd battalion of the Rajputana Rifles was tasked with recapturing the Tololing mountain ridge from Pakistani intruders. His superior assigned him the code name ‘Shershaah.’

As Pakistani attackers continued to fire machine guns at Captain Batra and his squad, the battle to recapture Point 4875, which is approximately 16,000 feet high, became extremely deadly. Captain Batra’s team member was shot in the leg, forcing him to flee for his life. He was attacked by Pakistani intruders while attempting to rescue a team member. Captain Batra managed to flee the gunfire, but a splinter from a rocket-propelled grenade struck him in the head, instantly killing him.

Captain Vikram Batra received the Param Vir Chakra posthumously on August 15, 1999, from then-President KR Narayanan. Captain Vikram Batra, according to his award citation, demonstrated the most spectacular personal bravery and leadership of the highest order in the face of the enemy and made the sacrifice in the best traditions of the Indian Army.