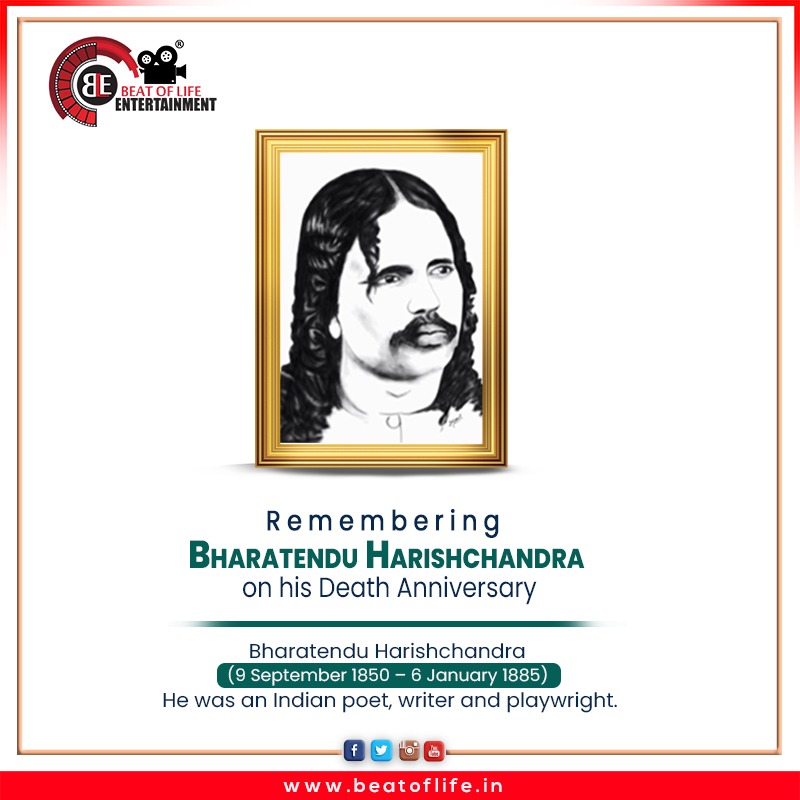 *Without the knowledge of the mother tongue, there is no cure for the pain of heart.*

Bharatendu Harishchandra was born on 9th September 1850, Varanasi, India & died on 6th January 1885, Varanasi. He is an Indian poet, playwright, critic, journalist. He is called “the father of modern Hindi”. His great contribution to establishing a new tradition of Hindi prose was recognized even in his short life.

Harishchandra was born into a family that was descended from Aminchand, who was a wealthy banker in the ancient period. His father, Gopalachandra, was a poet who composed a considerable amount of traditional Braj Bhasa verse of technical virtuosity but with little poetic feeling.

He lost his parents at an early age, but at the age of fifteen he had the opportunity to visit the Jagannath Temple in Puri with his parents.

Harishchandra enthusiastic participation in social and educational activities, on the other hand, did not prevent him from taking pleasure in the world around him. He was also a talented actor and a sharp and witty polemicist.

We shall overcome and success will be ours in the future.The future belongs to us. – Savitribai Phule

Wishing you all a very Happy Gurpurab