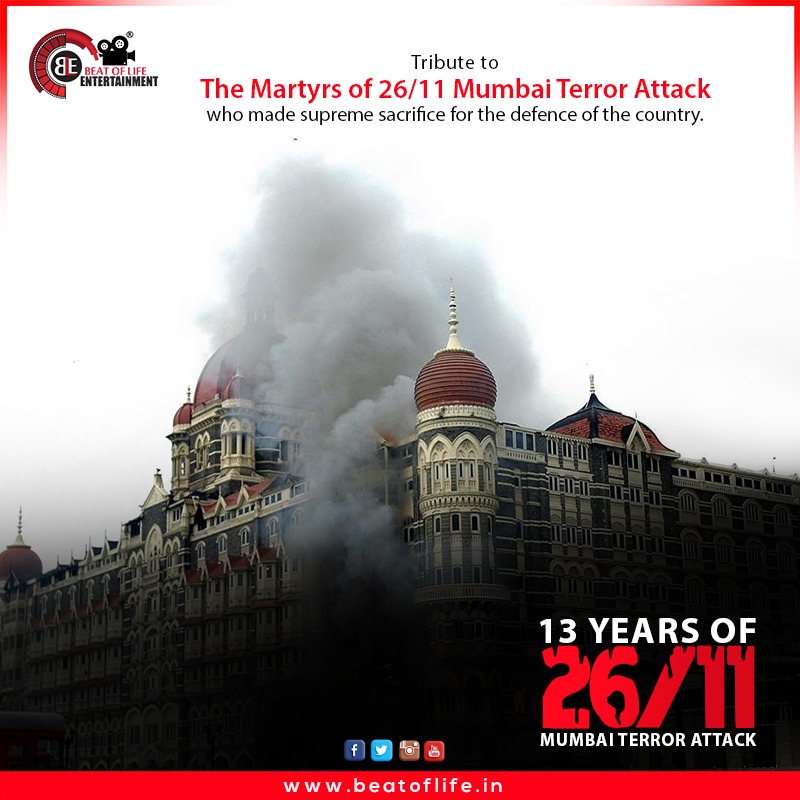 On 26th November 2008, 10 Lashkar-e-Taiba terrorists attacked in Mumbai.More than 160 people were killed in this attack while more than 300 were injured.The whole Mumbai had become hostages for 60 hours. This is that dark day in the history of India which no one can forget.It is said that 10 attackers had entered Mumbai by boat from Karachi.There were four Indians on this boat, who were killed by the time they reached the shore.It is said that some fishermen got suspicious after seeing the hustle and bustle of these people and they also informed the police.But the police of the area did not pay any special attention to it nor did it inform further to the top officials or intelligence forces.From there they divided into four groups and took a taxi and left for their destinations. There was news of firing at ChhatrapatiShivaji Terminal around 9:00 pm.Here two attackers started firing indiscriminately, one of which was Muhammad AjmalKasab. Within fifteen minutes they killed 52 people and 109 people injured.This firing of terrorists was not limited to Shivaji Terminal only. South Mumbai’s Leopold Cafe was also one of the few places that became the target of terror attacks.After that, at 10:40 am, there was news of a taxi being blown up by a bomb i